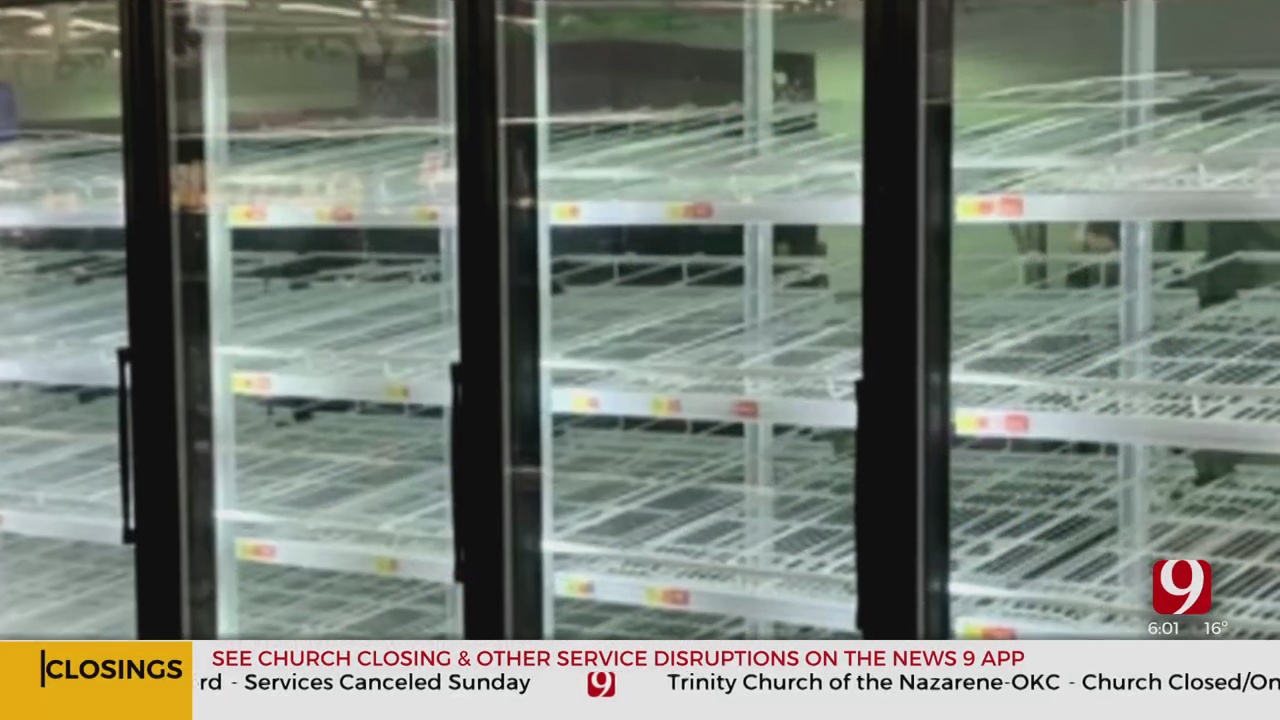 Oklahomans are flocking to grocery stores in anticipation of being snowed in this weekend.

The Homeland in Edmond saw a lot of traffic Friday but owner Marc Jones said they are prepared.

"It’s been busy, all day yesterday was crazy busy. A bunch of folks came in early this morning. We got all of our deliveries, stuff that normally would be delivered Monday is coming Sunday and stuff normally that would come Sunday is coming Saturday. We’ve ordered extra milk and extra bread," said Jones.

All as customers fill the aisles in anticipation of the big storm.

"I’m just picking up a few items for the house just in case this coming week you can’t get in or can’t get out,” said shopper Cortez Billings. “I'm just getting a few things for the family making sure we’re OK."

"I’m out for the first time this week cause the Mrs. said we need to get a few things like bread and milk and some ground beef so we can hunker down for the big weekend," said shopper Ralph Mestry.

Even though the store is packed with costumers and shelves may be a little empty Jones said more deliveries are on the way.

"Food is coming in throughout the day. Actually, we just got a truck right now, an hour or so ago so as we speak, we’ll continuously be replenishing, so don’t worry we’ll have lots of food for people,” he said.

Homeland said if they don’t have it now, there’s a good chance they’ll have it later.