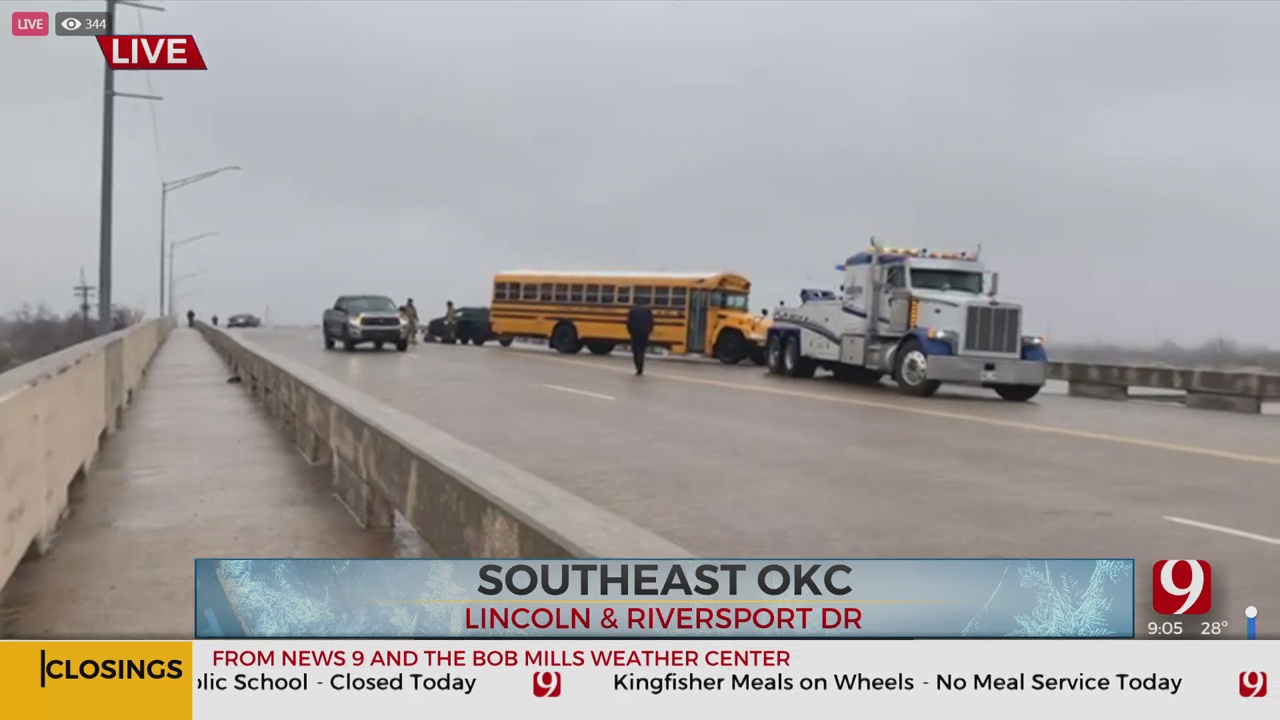 According to authorities, the first crash was in Guthrie. The bus slipped off the roadway and into a barb wire fence near Broadway and Prairie Grove Raod.

The second crash was near the Oklahoma River, just south of Bricktown near Lincoln and Riversport Drive.

The bus slid and crashed into the barrier wall.

Several other vehicles were involved.

There is no official word on if children were inside the bus during the time of the crash.