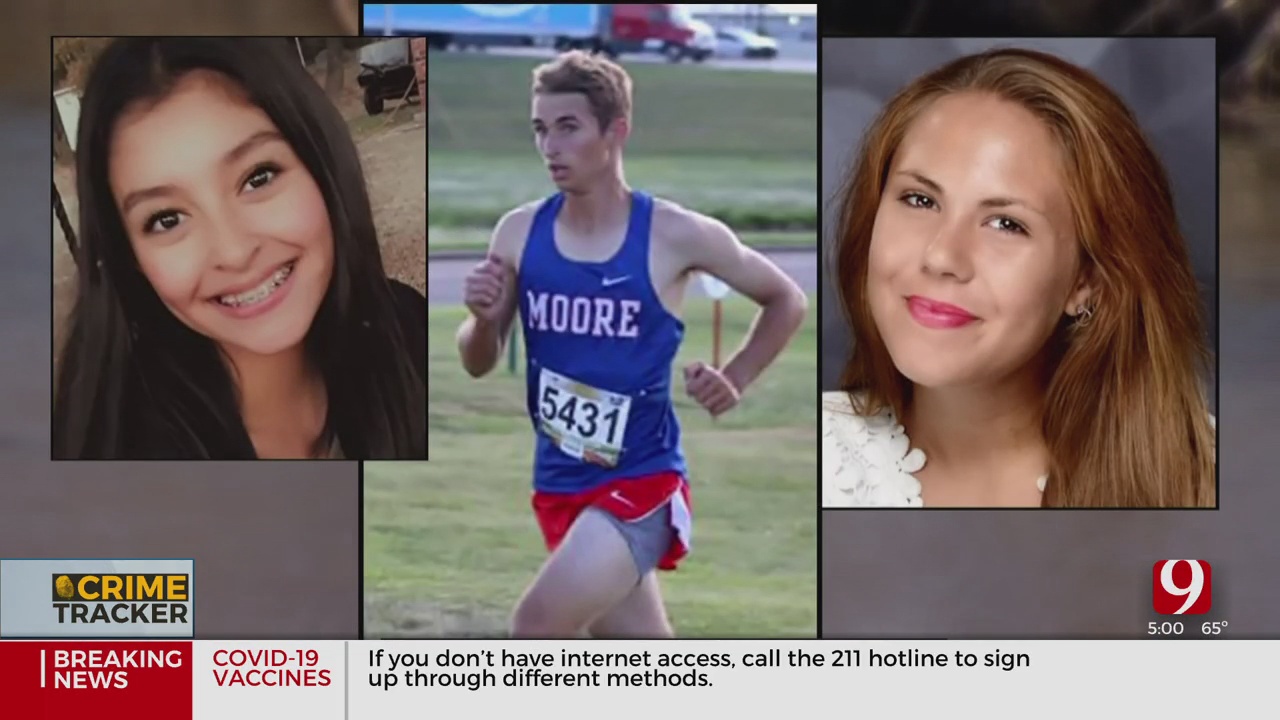 Moore families were brought together by tragedy exactly one year ago.

Some of the parents said the accident seemed like just yesterday. They are thankful for the community of Moore and everyone who has been there through the past year.

On Feb. 3, 2020, the world stopped for this group of parents. The last memories they have of Kolby Crum, Yuridia Martinez and Rachel Freemen are forever etched in their minds.

Moore High School has dedicated the area of the crash site to honor the students killed and injured last February. The very place the runners took their last steps.

“(It) Brings back memories of February 3 of last year,” said Michael Freeman, Rachel’s father. “Everything that happened.”

But the place that brought pain now brings healing and a chance to look forward.

“He would love this,” said Tancey Hellbusch, Kolby’s mother. “Because I know after the incident happened, this spot represented such sadness. Now, with the memorial being done, it represents peace and we can remember our kids.”

For those who survived, it was a year of heartache and challenges.

“He’s pushing himself,” said Jani White. “He’s running at Rogers State University, and I’m really proud of him. I just know that, mentally, there’s a lot. It takes a long time to heal from something like that.”

This group now has each other. A bond that formed and has been growing since last February.

“I’m glad we have each other, because no one can truly understand what we’ve gone through except the other parents,” said Hellbusch. “We lean on each other and I think that helps with the healing process.”

The school will hold a dedication ceremony on March 10 at Memorial Park. Stay with News 9 and the News 9 app for ceremony details when they become available.