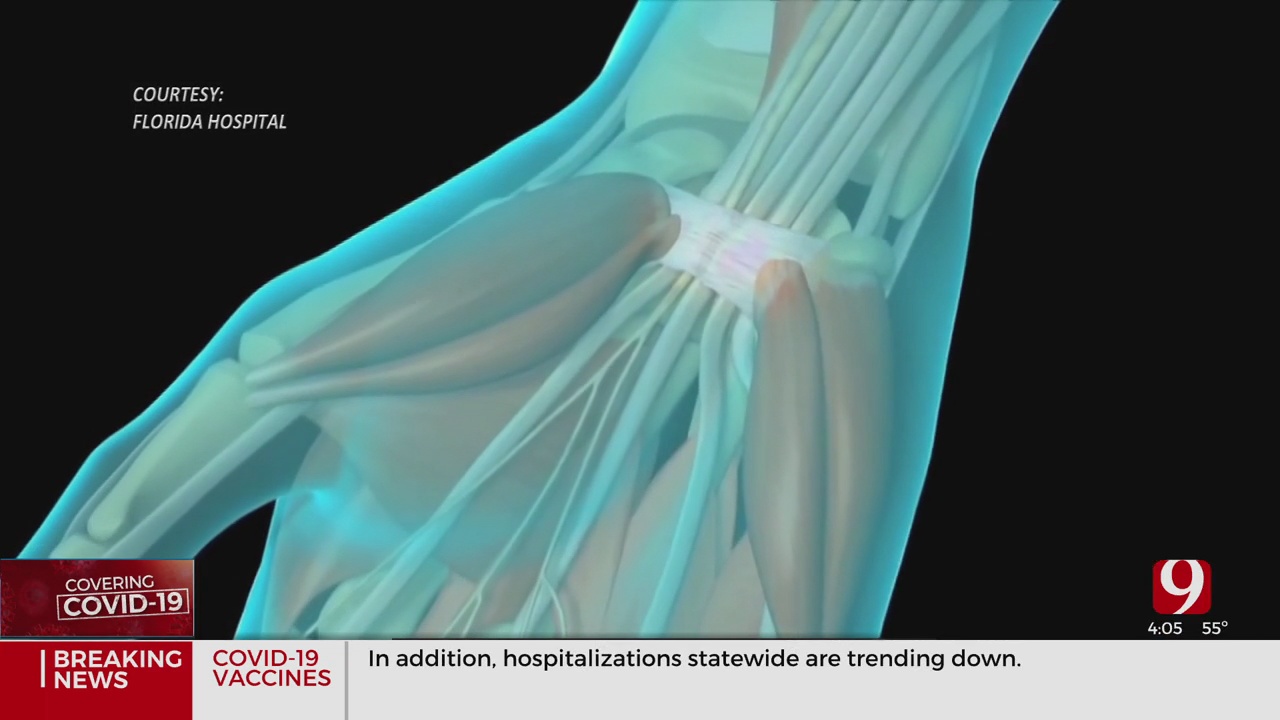 An OU Health doctor said he's seeing more cases of carpal tunnel during the pandemic, and if not taken care of, it can cause long-term issues.

Dr. Brian Chenoweth said in the middle of a pandemic and an unsure time, the condition can add to an already stressful time

"You're shaking your hand. It's really miserable, and when it affects your sleep, it really affects your whole day,” Chenoweth said.

More often than not, the symptoms are vague.

"When you have numb fingers, it affects how you use your hands and how you interact objects on the daily basis,” he said.

Chenoweth said the condition happens most often in people 40 to 50 years old.

If carpal tunnel persists and is not treated, it can become more permanent, Chenoweth said.

Chenoweth said carpal tunnel can be caused from genetics and or medical complications.

It’s often more common in diabetic patients. Even occupation may be a factor; those who operate machinery are more at risk.

"When that severity increases, that can mean some damage to the nerve could have occurred,” he said.

That's when treatment is needed. Chenoweth said night-time wristbands may be the answer, or anti-inflammatories or steroid injections.

Some people may need surgery.

"A tried an true treatment is a carpal tunnel release,” Chenoweth said.

If you're unsure about going under anesthesia, doctors can now do the surgery awake.

Chenoweth said there are ways to prevent carpal tunnel.

“It starts with your posture. Raise your computer monitor or lower your seat,” he said.

He also recommends to stay active, go to the gym or do yoga at home.

At-Home Births Increase Due To Conditions Caused By Pandemic

Moderna Working On New Vaccine To Target All Variants