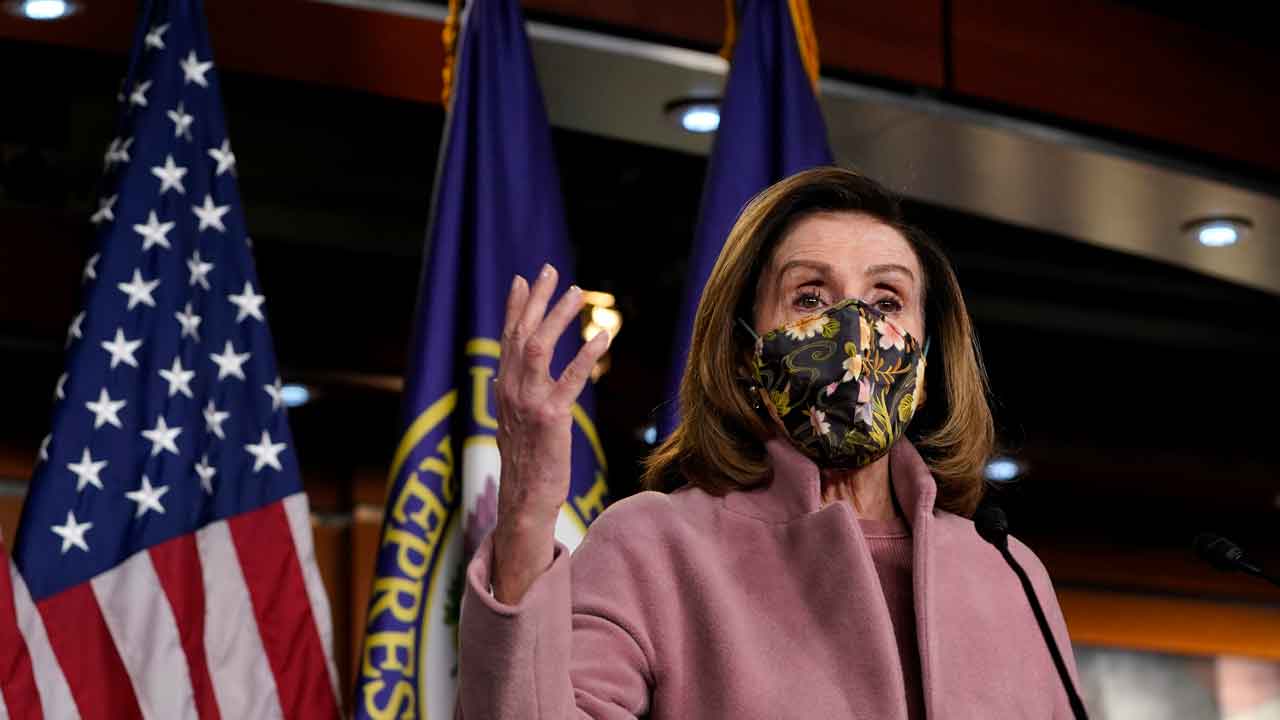 In her weekly press conference, Speaker Nancy Pelosi pushed back against accusations by Republicans that going forward with an impeachment trial for Mr. Trump after he has left office is divisive.

She said that it was important to impeach Mr. Trump to show that there is accountability for a president even in his last few weeks in office.

"Just because he's now gone — thank God — you don't say to a president, 'Do whatever you want in the last months of your administration, you're going to get a get-out-of-jail card free because people think we should make nice-nice," Pelosi said.