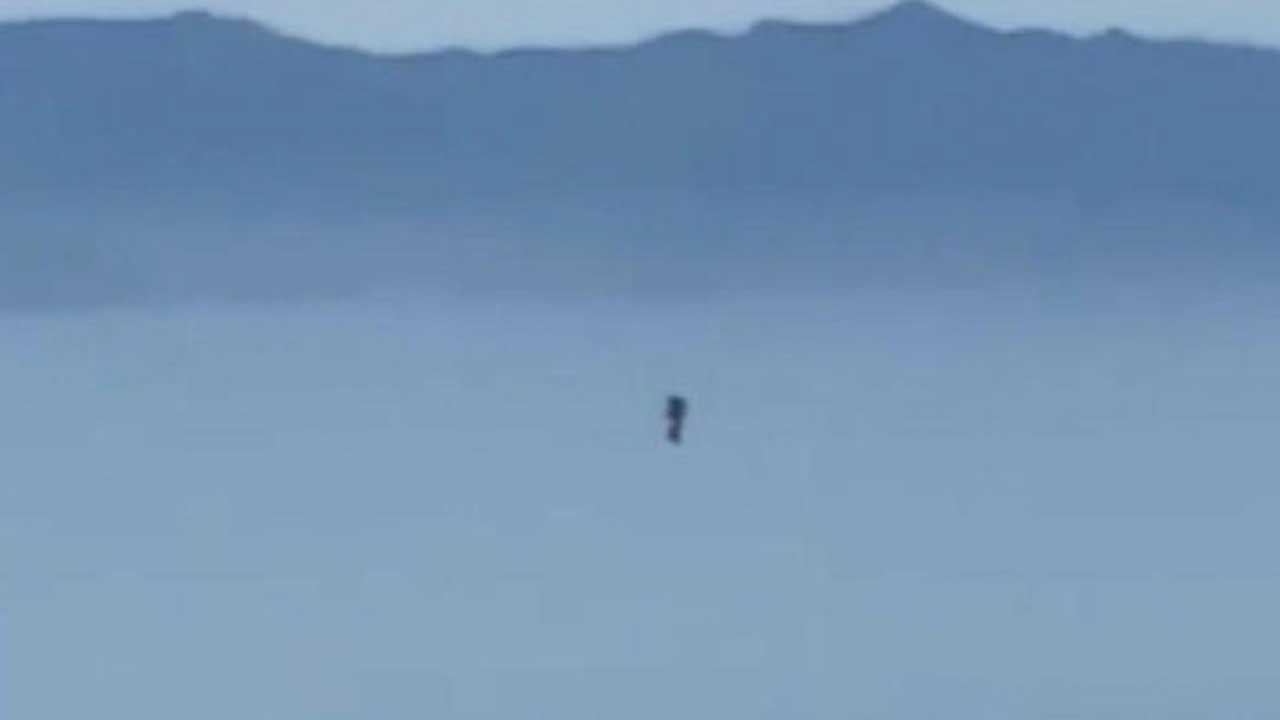 Authorities are investigating another jet pack sighting in the Los Angeles area. Sling Pilot Academy, a flight school based in Torrance, posted footage on Instagram of the possible jet pack spotted off the coast of the Palos Verdes Peninsula, CBS Los Angeles reports.

"Video taken by Sling Pilot Academy Flight Instructor while flying at approx. 3,000' near Palos Verdes south of Los Angeles," the caption reads. "Catalina Island is in the background. The video appears to show a jet pack, but it could also be a drone or some other object. If it is a 'guy in a jet pack' then it remains to be seen whether it is a legal test flight (jet packs are real – there is a manufacturer near Los Angeles) or related to the jet pack sightings near LAX recently that caused disruptions to air traffic."

An FBI official told the L.A. Times, "We're aware of it and are continuing to investigate the reports."

According to the Times, the sighting occurred on Monday.

This is the third alleged jet pack sighting in recent months. On Oct. 14, a flight crew aboard a China Airlines Flight spotted what appeared to be a person flying a jet pack as they descended into LAX.

The FAA is also investigating a sighting on Aug. 30 in the Cudahy and South Gate areas.

"The FAA has taken the sighting reports it has received seriously, and has worked closely with the FBI to investigate them," the agency said in a statement to the Times. "However, the FAA has been unable to validate the reports."