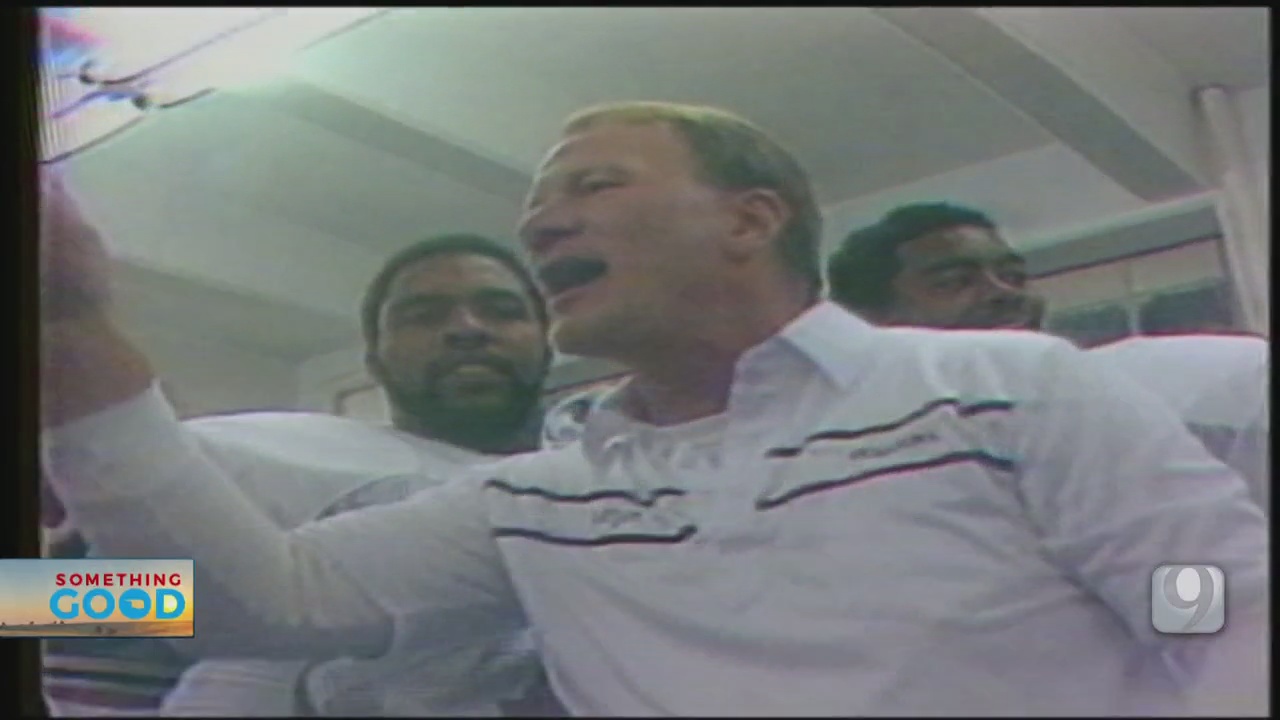 Ask a Sooner fan for the biggest name in OU football history. Sure, there's plenty of contenders. But one man stands out among the rest: Coach Barry Switzer.

How does a poor young man from the Mississippi Delta become an Oklahoma football legend? Ask coach, and he'll stop you right there.

“I’ve said, 'If you make me out to be more than I am, it’s your fault -- and if I ever begin to believe it, it’s my fault,'” Coach Switzer told News 9 Sports Director Dean Blevins.

A humble man from humble beginnings, he's never made it a secret that his father was a bootlegger, selling liquor to make ends meet. But behind those sales, his father was building up the lives of young men.

“These kids would come up to the house and I’d say, ‘Dad, what are they talking to you about? I know you’re not selling them whiskey,’ and he said ‘No, they’re talking to me about going to school,’” said Switzer.

Coach took those lessons to heart and held on to them on his path to the University of Oklahoma.

“I was recruiting the best players in all positions, regardless of who they were,” said Switzer.

Switzer's Sooners were family, and nothing was going to come between The King and his players.

Dean asked the coach about all the times his players call on him in times of trouble.

“Latest one, Reggie Mathis, lost his mother and didn’t have the money to bury her. He called, 'Sooners Helping Sooners,' and we did what we do,” Coach Switzer said. “He didn’t have anywhere to turn, so where do you go? You turn to your coach and your family.”

It's that kind of thinking that earned Switzer three national championships, the highest winning percentage of any Oklahoma coach, and a Super Bowl ring. And it's the kind of kindness that brought him to his longest-running coaching gig with Special Olympics Oklahoma.

“I’ve led the teams out on the field, and we saw Prince at the Metrodome in Minnesota. I was leading the team on the field, and I’ll never forget this Special Olympian, who’s a buddy of mine. He said, 'Boy coach this is big time!’” Switzer recalled.

His love for the game is perhaps only matched by his love for animals. In 2017. he and his wife helped found Ground Zero Emergency Training. It's a program for rescue dogs but not the kind you may think.

“You've got to understand: people rescue dogs. My dogs rescue people," he said.

Switzer said between Oklahoma's man-made and natural disasters, the need for K-9 trainers drove them into action. Now, the group has dozens of highly trained dogs all over the country saving lives in the wake of disaster.

“Any time you have these F4s and F5s come through and knock down elementary schools and buildings and homes, you have to bring qualified search-and-rescue dogs that know what they’re doing,” he said.

He'll deny it, but in the lives he's helped, Switzer has built a legacy of compassion through his players, fans, and Oklahomans forever.

“Someday, because of how someone saw you and how you presented yourself they will come back and remind you of that -- and you’ll benefit from that.”