Will You Get A Stimulus Check By December 31? 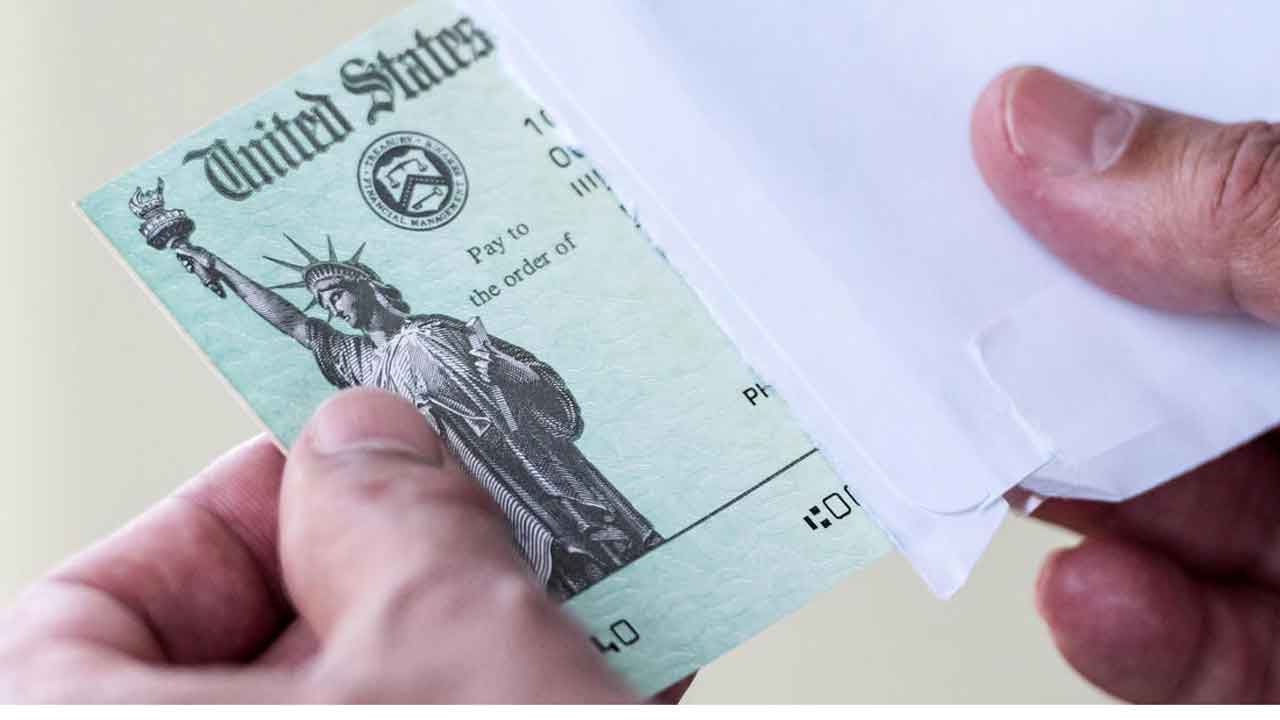 Time is running out for the U.S. government to approve a second coronavirus relief package, with Congress adjourned until next week and the Biden administration focusing on assuming office in January.

So where does that leave Americans anxiously awaiting another federal stimulus check — the cash payments that were initially distributed this spring? For now, stuck in limbo.

To be sure, lawmakers could still pass a scaled-down stimulus bill when they return to Washington, D.C., on November 30, but most economists believe it's unlikely to match the $2.2 trillion Coronavirus Aid, Relief and Economic Security (CARES) Act that was signed into law in March and provided $1,200 checks to most Americans.

Democrats and Republicans remain far apart on several key issues, such as providing hundreds of billions in funding for states and cities that have been hit by declining tax revenues amid the coronavirus pandemic.

Even if Congress passes an aid bill early next month, it could take weeks for the IRS to electronically deposit the funds into people's bank accounts, much less mail out millions of paper checks. It took between one and three months for most Americans to get their so-called Economic Impact Payment after the bill was signed into law this spring.

That would leave many households and businesses hanging, with millions set to lose their unemployment benefits by year-end and nationwide eviction moratoriums lapsing in the new year. The number of Americans applying for jobless aid rose for the second week in a row, a sign that the economic recovery is losing speed.

Millions of Americans are "heading for a bleak winter as safety nets expire," Nancy Vanden Houten, lead economist at Oxford Economics, said in a report. "We are pessimistic about the prospect of any significant near-term fiscal relief, and fear several social safety-net programs may be allowed to expire, affecting millions of households across the country."

Rather than try to break the months-long impasse on stimulus funding, experts think Congress is more likely to focus on passing legislation to finance the federal government after December 11, averting a government shutdown.

Deutsche Bank economists Peter Hooper and Matthew Luzzetti think Congress could thrash out a slimmed-down stimulus package early next year. Janet Yellen, who is reported to be President-Elect Joe Biden's choice for Treasury secretary, would likely push for a speedy bill, the economists told investors this week.

Still, Yellen wouldn't be taking on the role until the Biden administration is ushered in on January 20, and would also require approval from a politically divided Senate.

And a spokesman for President-elect Joe Biden's transition team pushed back on a report that Mr. Biden would support a quick relief bill even if it meant cutting back on some of the Democrat's priorities, such as aid for local governments, the congressional news source The Hill reported on Monday. "The President-elect fully supports the Speaker and Leader in their negotiations," transition spokesperson Andrew Bates said in a statement.

What's holding up a bill?

House Democrats had passed an updated Health and Economic Recovery Omnibus and Emergency Solutions (HEROES) Act on October 1, but the $2.2 trillion bill ran into opposition from Republican lawmakers.

Among the main disagreements: Whether the federal government should help cash-strapped cities and states weather the massive economic blow caused by the pandemic. The crisis could cause a $434 billion federal budget shortfall through 2022 under the most severe scenario, which would include a resurgence in the virus and a lack of more stimulus aid, according to Moody's Analytics.

The HEROES Act would have provided more than $400 billion in funding for state and local governments, but Republicans took issue with that aid, including President Donald Trump, who has objected to what he calls "bailouts" for states helmed by Democrats. But the fact is many Republican-helmed states and cities are facing budget shortfalls as well, including Ohio and Texas, with the latter staring into a $4.6 billion budget hole.

Democrats and Republicans also remain far apart on the issue of unemployment aid, with Democrats pushing for a renewal of the extra $600 in weekly pay provided under the CARES Act. Republicans have argued that enhanced jobless benefits are too generous and dissuade people from returning to work, despite a lack of economic data that supports the contention.

Edge of a cliff

More certain is that millions of households face deepening financial problems, which are only likely to worsen once aid and protections from the CARES Act expire at year-end.

About 6.7 million people could be evicted in the coming months as a federal eviction moratorium ends on December 31 according to a report from the National Low Income Housing Coalition and the University of Arizona. That would approach the number of people who lost their homes to foreclosure during the 2008 financial crisis and ensuing recession.

And almost 12 million jobless workers are slated to be cut off from unemployment aid the day after Christmas, according to an analysis by The Century Foundation, a progressive think tank. That cutoff would reduce total household income by about $19 billion per month, Oxford Economics said on Tuesday, potentially dragging down overall consumer spending as the economy is slowing.

More than 125 economists this month signed an open letter urging lawmakers to earmark for money for stimulus checks.

"Recurring direct payments will help families meet basic needs, boost state and local economies, and speed the recovery," they wrote in the letter. "Cash reaches millions who are struggling economically, including those who don't qualify for unemployment benefits."

Will You Get A Stimulus Check By December 31?