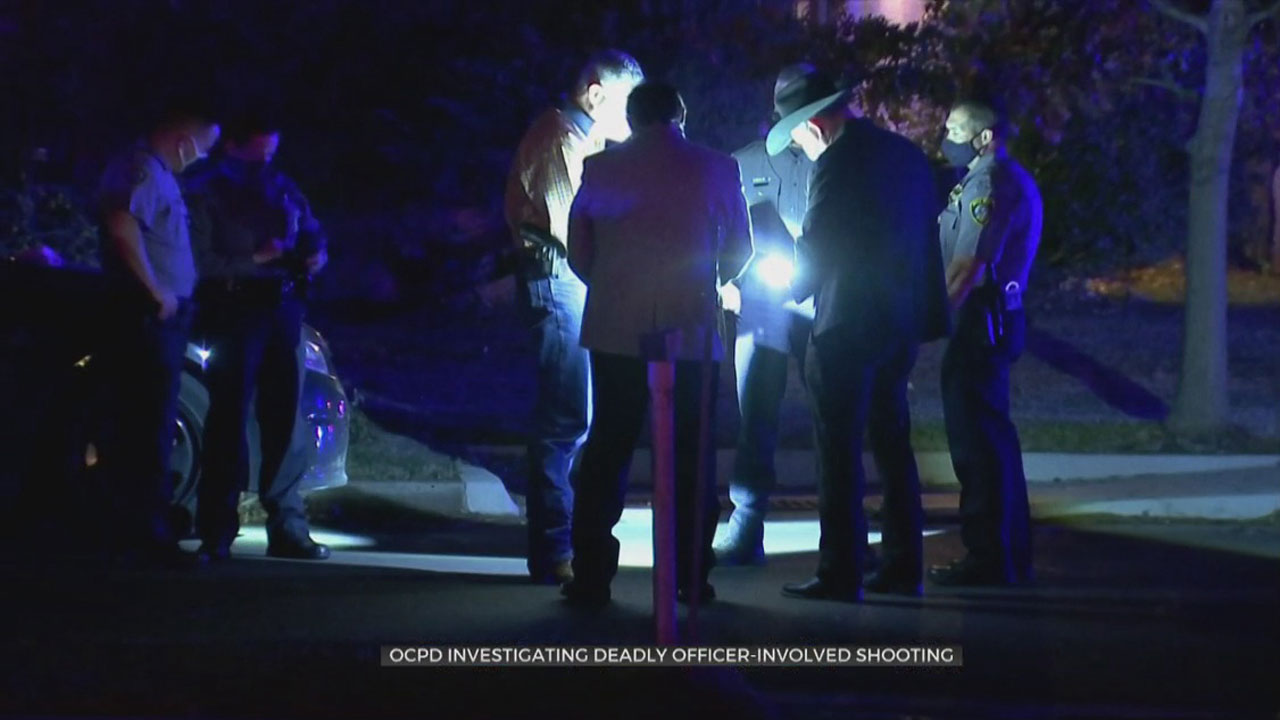 Police said one man is dead after a shooting with officers Thursday night in southwest Oklahoma City.

Officers said around 6 p.m. they received a call from a frantic woman, saying her fiancé was loading a rifle and going outside.

When officers arrived at the scene near Southwest 50th Street and South Shartel Avenue, they found the suspect, identified as 43-year-old Michael Dansby, in the middle of the street with a rifle in his hand. That’s when the department said officers started shooting.

Police said in the days leading up to the shooting, Dansby believed his neighbors were watching him. Dansby was on his way to confront his neighbors when he was shot by the officers.

Police reports indicate that it was later discovered that Dansby was also armed with a pistol.

Neighbors said they could hear the shooting from their homes.

“My husband, my daughter, and I were sitting here on the front porch just talking… and then we heard ‘boom boom boom!’” said Tanya Weber.

“I was laying down in my bed trying to go to sleep and the next thing I knew, ‘I got to wake up. Here come gunshots.’” I thought something was going to fall or something,” said Marcelius Davis.

So far, investigators have not named the suspect who died in the shooting.

The officers involved were not hurt, but are now on administrative leave.