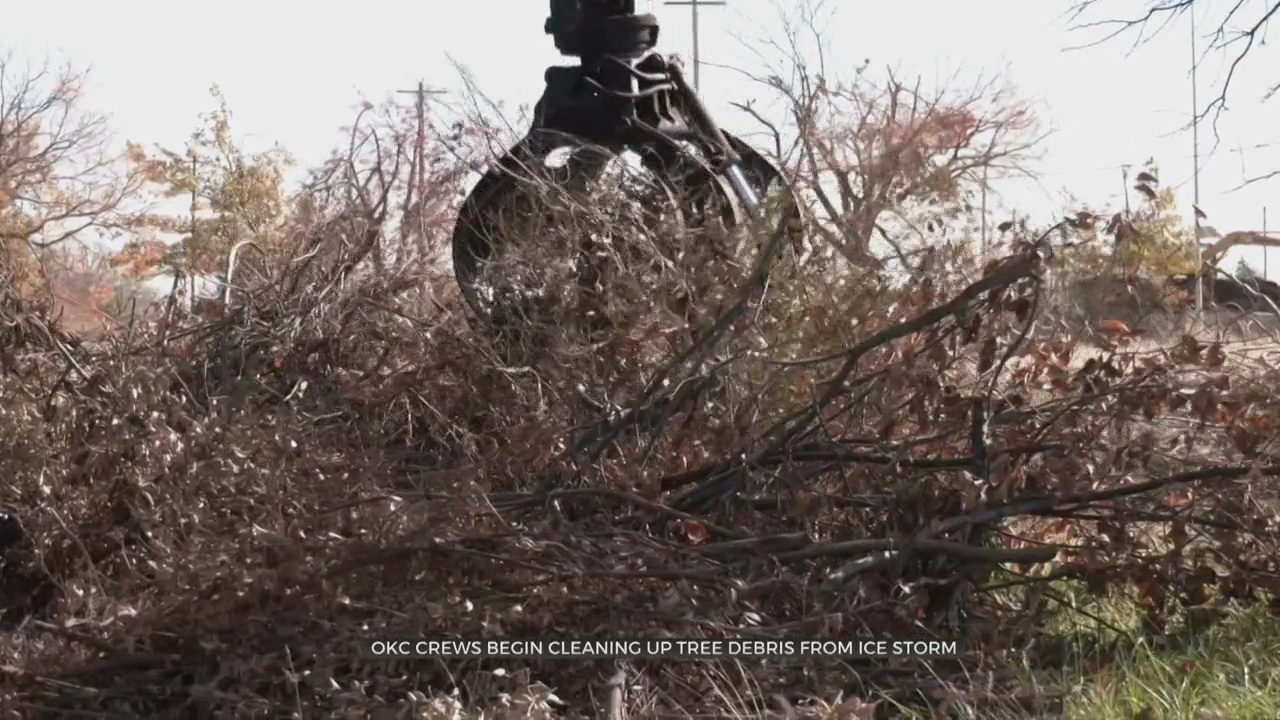 Weeks after the historic October ice storm, crews are now starting the process of collecting branches and limbs throughout the city.

“A lot of folks compare this to the 2007 ice storm, but remember, that hit in January. We did not have leaves on the trees,” said Jennifer McClintock with Oklahoma City’s utilities department.

She said this year’s ice storm is unlike any other.

“What we are looking at with the amount of debris, we have more than 100,000 tons, which is approximately 200 million pounds. We are estimating it is going to take about two and a half months for the first pass, and then we will take another second month that will take a month,” she said.

Many also ask why it took so long to begin this process.

“We needed time on our end. We have to seek the best possible price. We cannot do this by ourselves, so we had to hire contractors,” said Oklahoma City Mayor David Holt.

From 8 a.m. to 6 p.m. Monday through Saturday, crews will go around town collecting the trees and limbs.

One crew took about 15 minutes to load up a large pile of debris.

As crews continue to work, the City is creating a map for you to see where crews are going next.

“That is going to show the process of all of our trucks and give our residence the idea of where the trucks will be,” said McClintock.

They ask each resident to pill up the debris at the front of the lawn and cut down trees to no longer than 10 feet.

“We have about 50 trucks that just hit the ground today, and with 621 square miles around the city, it is going to take time to get through all of these neighborhoods,” said McClintock.