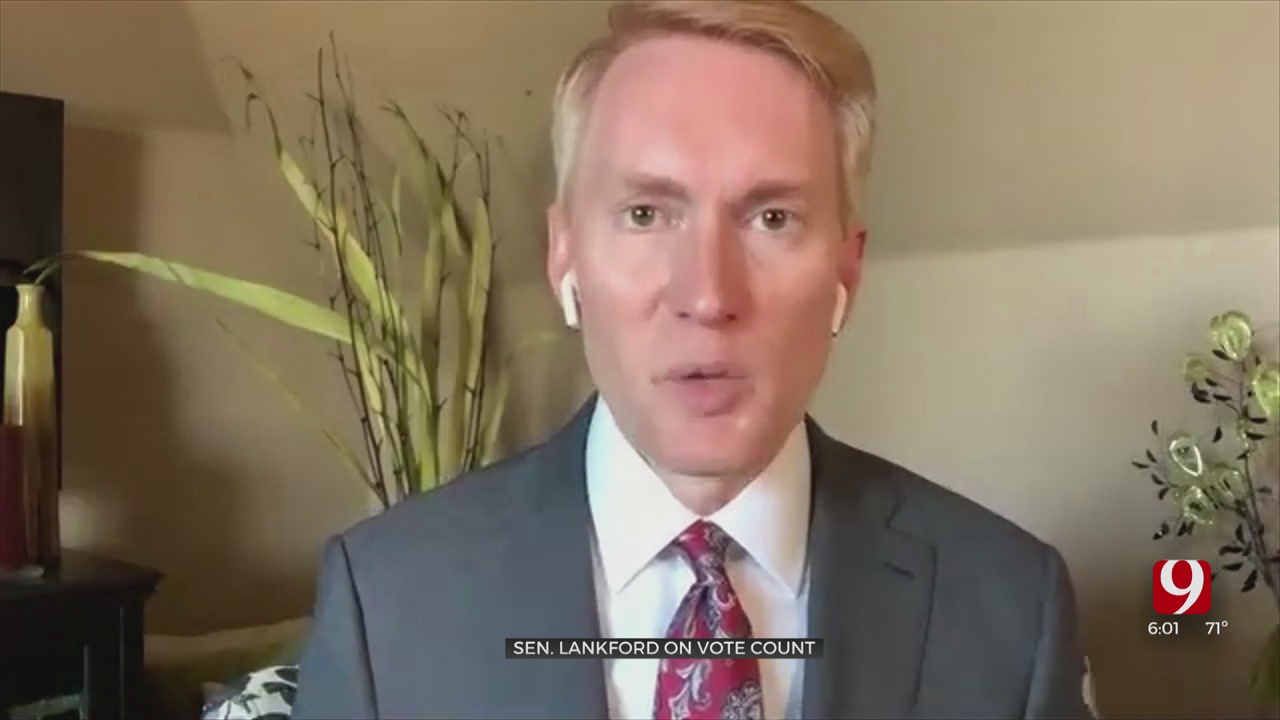 Oklahoma Senator James Lankford has been a leader pushing for bipartisan election security measures. He is now raising questions over ongoing vote counts across the country without any evidence of wrongdoing.

"We haven’t seen slow counting and extra ballots showing up in heavy Trump precincts, only in Democratic heavy precincts.... Trust, but verify," Lankford said in a Facebook post Thursday.

Asked whether the 2020 election has been fraudulent, rigged or stolen, Lankford told News 9 Friday: “We really don’t know any of those details. There’s so many accusations that are flying around on social media and so many issues that are out there.”

Lankford said he has not seen any evidence of wrongdoing in any of states still counting votes.

“I don’t have to have evidence other than just looking at the obvious these large Democratic counties in these key swing states are coming in last,” Lankford said.

He questioned why other states are lagging Oklahoma in reporting results.

“We finish the election. We finish our count. The early voting for mail-in. We did it in about five hours,” Lankford said.

“They worked for weeks and weeks to count absentee ballots as they were coming in,” Ziriax said. “In some cases, they were working six days a week, 10-12 hours a day with some of their staff doing nothing but processing absentee ballots.”

Seven years ago, an Oklahoma law gave the state election secretary ability to allow absentee ballots to be processed early. Amid COVID-19, Ziriax gave blanket permission to election boards in all 77 counties to start early.

“If (Oklahoma counties) had not utilized that permission that was given under the 2013 law, then they would still be counting, and we would be like a lot of other states,” Ziriax said.

"It is a difficult position for a Republican, being a Republican I'll tell you, to watch races when you look at Democrat precincts in Atlanta, in Philadelphia (and) in Las Vegas seem to be the last ones to come in," Lankford said.

Lankford said state legislatures, including those in Republican-controlled Pennsylvania and Georgia, should get in line with Oklahoma in being able to provide election results the night of the election.

As of this report, there is no evidence of widespread voter fraud anywhere in the United States.