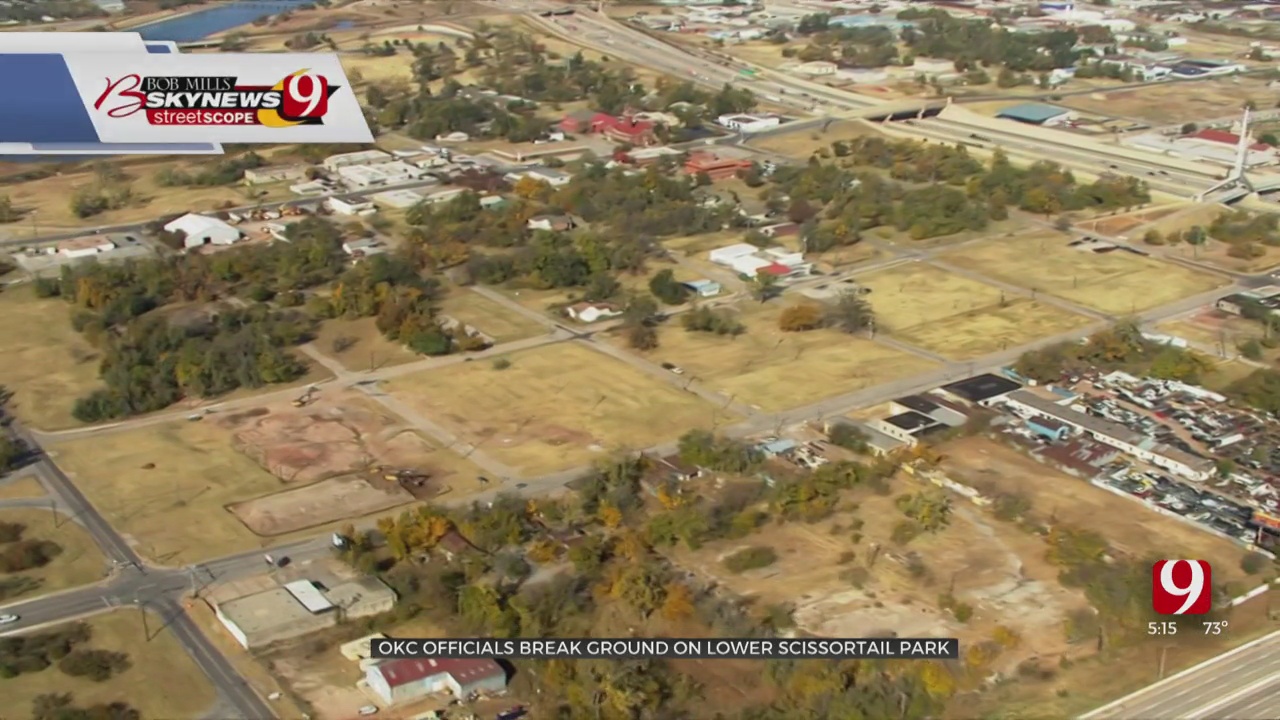 Ground has officially been broken on stretching Scissortail Park to the Oklahoma River.

City leaders look at the lower park as a bridge connecting two areas of town that have felt further apart than they actually are.

“This physical park will overcome mental barriers that people have had. Once you are down here, you are short jog to Capitol Hill, a really cool district in Oklahoma City that many people have never been to or heard of,” said OKC Mayor David Holt.

The lower section of Scissortail will be three-quarters the size of the upper section.

The City thinks construction may be smoother than it was for the upper portion because they know what to expect.