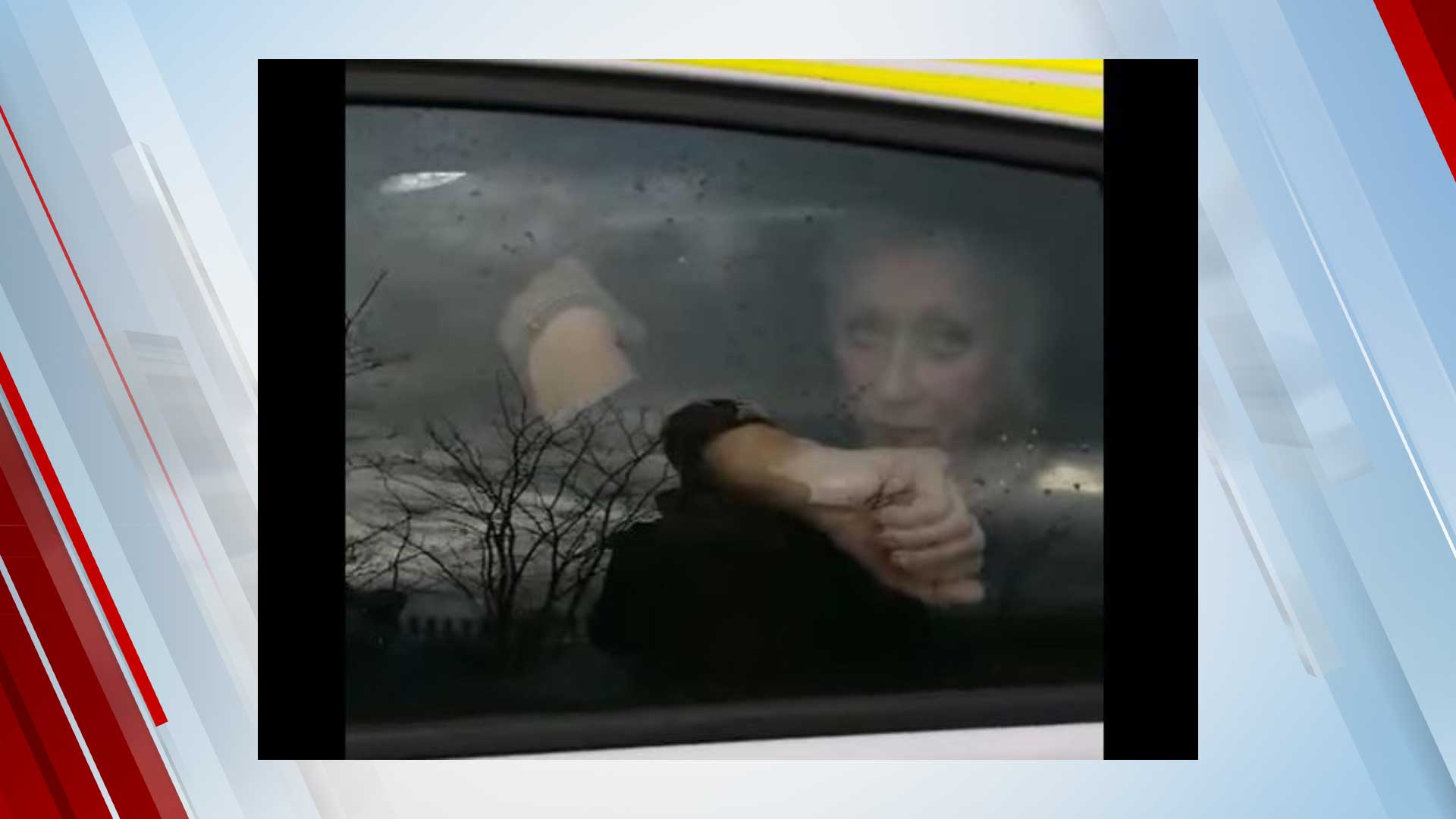 A retired nurse was briefly arrested in England this week after mounting a desperate bid to remove her mother from a nursing home before the country entered a new nationwide coronavirus lockdown.

A video posted to Facebook by her daughter showed Ylenia Angeli, 73, sitting handcuffed in the back of a police car while her elderly mother, who has dementia, sat in the front of the family car nearby.

Police said they "de-arrested" Angeli shortly after, and told CBS News partner network BBC News that they had responded "to a report of an assault at the care home." The care home's staff would not comment to the BBC on the incident.

Leandra Ashton, Angeli's daughter who recorded the incident, said her mother was pushed to "breaking point" after being unable to see her elderly mother at the home for nine months. Government restrictions had barred most in-person visits at care homes in areas with high COVID-19 infection rates.

"When we got there things just escalated," Ashton said of her mom's move to push into the care home and then walk out with her grandmother. "We didn't plan it, it was just a moment of high emotions." Her grandmother was returned immediately to the care home.

The incident highlighted the difficulties many families have faced as they navigate England's evolving COVID-19 restrictions.

The day after Angeli's arrest, the U.K. Department of Health and Social Care said nursing homes would be given a new set of "clear principles for how visits are conducted," with arrangements possibly including COVID-secure areas or outdoor, well-ventilated "pods" set up just for meetings.

England's second nationwide lockdown began on Thursday. Many people filled the streets and bars on Wednesday night to enjoy one last night out before pubs and bars were ordered to close, and restaurants restricted to takeout or delivery only. Gyms and non-essential shops have also had to shut again. Households are banned from mixing indoors at all, and England residents can now meet only one other person outdoors, and only when social distance can be maintained.

Rule-breakers could face a fines up to about $13,000. Unlike England's first nationwide lockdown in the spring, schools and universities will remain open.

The United Kingdom has Europe's highest official COVID-19 death toll, and is now grappling with more than 25,000 new cases daily.

Across Europe, efforts to slow the spread of the long-predicted second wave of the virus with piecemeal measures have largely failed, prompting a return to tougher, broader restrictions.

The World Health Organization warned on Thursday that Europe was seeing an "explosion" of virus cases and that mortality rates were also rising.

"We do see an explosion.... in the sense it only takes a couple of days to have over the European region an increase of one million cases," WHO's regional director for Europe Hans Kluge told French news agency AFP.

While death rates were also rising "little by little," Kluge said closing schools should be considered a last resort, at the risk of creating "a COVID-19 lost generation."

Greece's new nationwide lockdown is set to start on Saturday and last through the end of November. Supermarkets and primary schools will stay open there, too, but restaurants can only offer deliveries.

In Italy, four regions will enter a new lockdown starting Friday, for at least two weeks. The entire country will be under curfew from 10 p.m. every night.

In the Republic of Ireland, which imposed its second nationwide lockdown two weeks ago, the health minister has reported a drop in the rate of new confirmed infections, but the data from other countries where broad restrictions were reimposed weeks ago has been less definitive.