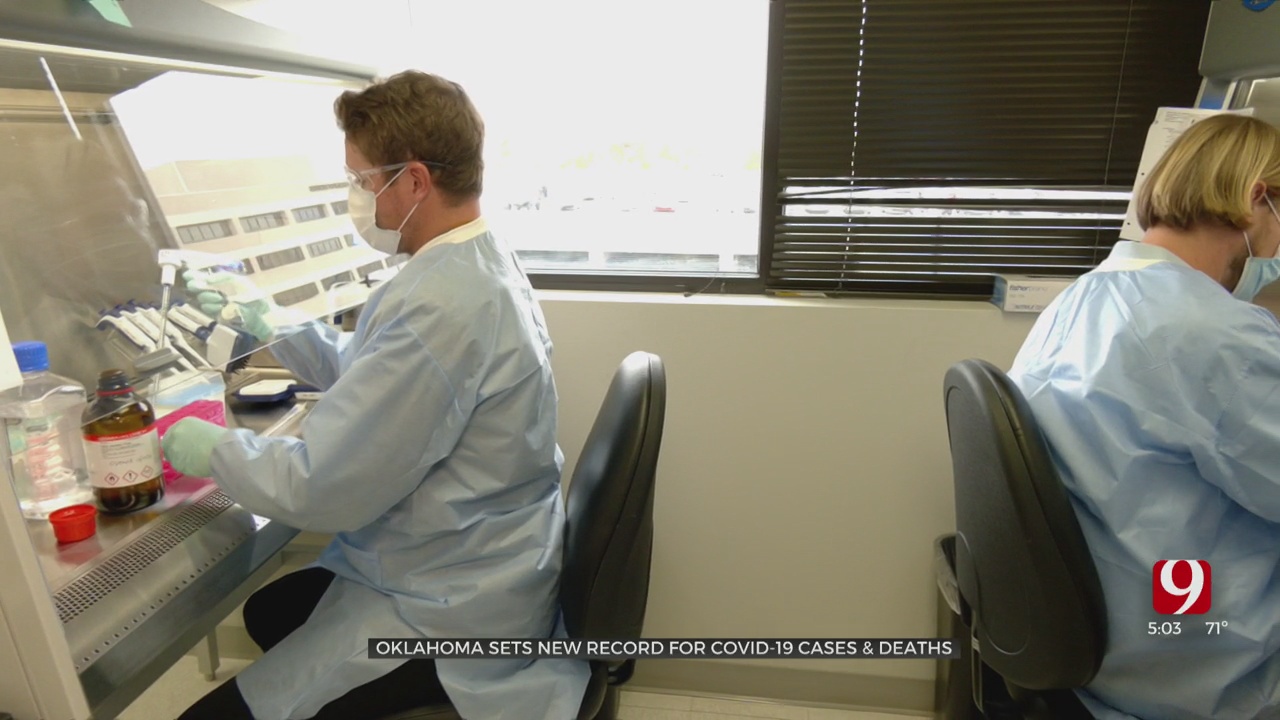 Oklahoma now has a record for new daily cases. Plus, the state has tied the record for most deaths reported in 24 hours and also has a record number of hospitalizations.

According to the Oklahoma State Department of Health, Oklahoma has averaged more than 1,200 COVID-19 cases per day over the last week. The daily number of cases is up to 2,100 on Thursday. Over that same period, the state has averaged 15 deaths per day. Thursday's death number ties our record high with 21.

Health officials said the more cases rise, the more difficult it becomes for local hospitals. There's currently over a record of 1,055 hospitalizations throughout the state.

“We can only take care of a certain volume of patients as we continue to go throughout the winter months,” said Kerri Bayer with Integris Health. “We don’t want to have to not be able to diagnose someone's cancer or do a procedure.”

In a statement, the State Department of Health said:

"..Today's case and fatality counts are concerning, but no more so than yesterday's, or the day before or the week before… we know community transmission is occurring, and there is no reason to believe this trend is going to change without Oklahomans significantly altering their behaviors.."

The data shows since July, the numbers have skyrocketed. Oklahoma now over 129,000 cumulative cases reported in the state. Healthcare providers said certain events over the last few weeks could be contributing to the spike, including the recent ice storm.

“With the power outages, if we know that people were trying to get safe and stay in the same place together and seek shelter, that we could have a potential spread there,” Bayer said.

The OSDH confirmed Oklahoma County is moving into Tier 3 of the the state's hospital surge plan, which could include canceling elective surgeries. However, the governor's office said they have no plans on doing that for now.