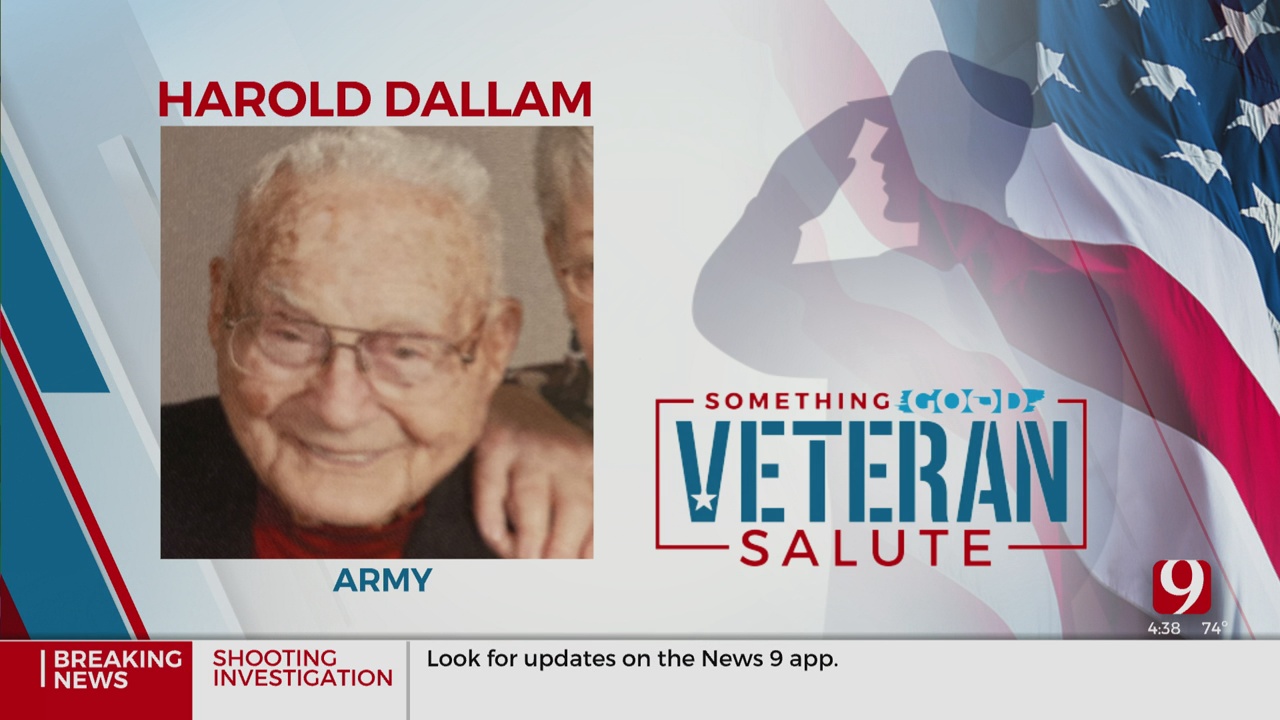 Harold first enlisted in the Army at the start of World War II and gave up a basketball scholarship to fight in the war.

Harold served with distinction with Oklahoma's own 45th Infantry Division.

He would later serve in Korea and eventually retired in 1978 with the rank of colonel.

Now at 97 years old, Harold remains active in his community and church.

His nominator said he often tells his middle school history class about Harold's life and achievements.

Thank you, Col. Harold Dallam, for your service.