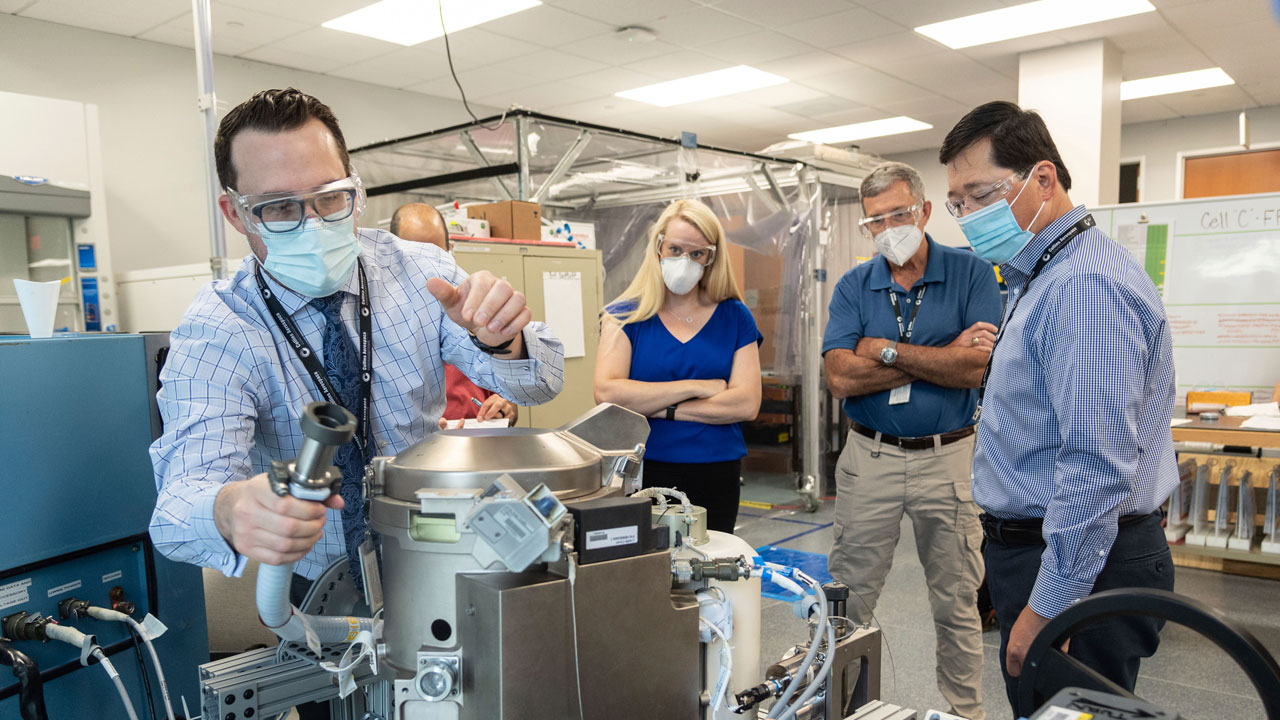 The Antares abort was triggered on computer command at the T-minus two-minute 40-second mark, apparently due to trouble with ground equipment. The scrub followed dual aborts in Florida during the final 20 seconds of two countdowns within about nine hours of each other Wednesday and Thursday.

A United Launch Alliance Delta 4 Heavy rocket carrying a classified National Reconnaissance Office spy satellite was grounded just seven seconds before liftoff from the Cape Canaveral Air Force Station late Wednesday because of an unspecified problem. It's not known when ULA might make another attempt.

Launch of a SpaceX Falcon 9 carrying another batch of Starlink internet satellites was aborted 18 seconds before liftoff from the Kennedy Space Center on Thursday morning because of unusual readings from a sensor in a ground support system.

SpaceX plans yet another Falcon 9 launch Friday at 9:43 p.m., from a different pad, to put a U.S. Space Force Global Positioning System navigation satellite into orbit.

If Northrop Grumman can quickly find and fix the problem that caused Thursday's Antares scrub at the Mid-Atlantic Regional Spaceport — MARS — at Wallops Island, Virginia, the company could attempt another launch try at 8:16 p.m. EDT Friday, 27 minutes before SpaceX plans to launch the GPS satellite.

The upgraded Cygnus is packed with high-priority science equipment, crew supplies and spare parts, sophisticated camera gear, and even some Estée Lauder face cream for a commercial photo shoot, along with the new Universal Waste Management System toilet.

The zero-gravity toilet is 65% smaller and 40% lighter than the one currently in use in the U.S. segment of the space station. It features multiple design improvements that will be put to the test on the space station before they eventually are built into Orion capsules bound for the moon in NASA's Artemis program.

While saving weight and reducing the toilet's footprint were major goals, "another big part of our project was optimizing the use of the toilet for the female crew," said Melissa McKinley, a NASA project manager.

And that includes better accommodations for what she referred to in NASA-speak as "dual ops."

"NASA spent a lot of time working with the crew members and doing evaluations to improve the use of the commode seat and the urine funnel to make it more accommodating to use by female crew members."

Also on board: a 360-degree virtual reality camera provided by a company that wants to give the public a better sense of what it's like to live and work in space. The camera will be mounted on the station's robot arm to document an upcoming spacewalks from a new perspective.

"We will film a full spacewalk from the moment the astronauts come out of the station to the moment that they go back in, and audiences will feel like they are truly there, up there floating in the vacuum of space alongside the astronauts," said Felix Lajeunesse, co-founder and creative director at Felix and Paul Studios.