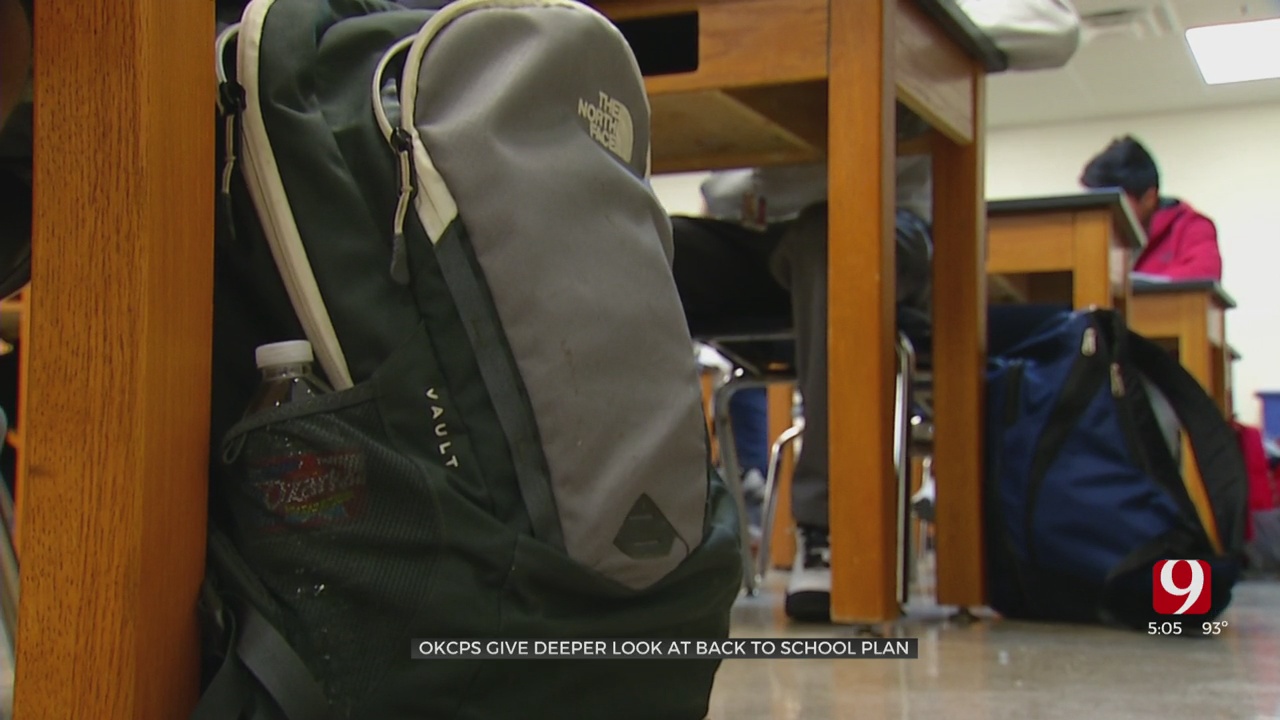 Oklahoma City Public Schools is altering its back to school plans by moving the start date back three weeks and going entirely virtual for the first nine weeks.

OKCPS said the difference between the spring and the fall will be the teacher's influence.

"We now have better connectivity,” OKCPS Superintendent Dr. Sean McDaniel said. “We are going to have a device in the hands of every student. We have more of a teacher influence.”

Last spring, if students were unable to connect virtually, they were given a packet to complete. Now, the district can allow students and teachers to have extra time to learn how to use the device to educate and learn virtually.

Parents will also be able to learn how to use virtual tools.

District officials said students in Pre-K through second grade will be given an iPad while students in third through twelfth grades will receive a Google Chromebook.

The schools’ plan to hand out the devices is still being discussed.

"We want to put them in the hands of kids early," OKCPS Deputy Superintendent Jason Brown said.

Parents can choose between two virtual learning options. One option is called the E-Three Learning program which allows students to learn on a flexible schedule. The other option is a remote instructional program, which is synchronized learning with a teacher.

"Some students do better at moving at their own pace, and they want to spend quite a bit of time on a piece of material they struggle with, or they want to zip through something they feel like they have already mastered," Brown said. "And others want the more synchronized approach where they are moving at the same pace as the rest of the class."

As for students who need meals, the district has a few ways to help out with 42 feeding sites. OKCPS can also offer a delivery option.

"We learned we have to be creative in the way we get food to kids," McDaniel said. "We can deliver meals. We do our very best to get meals to them."

Sports are also a topic of discussion. District leaders said they will decide on a sport-by-sport basis.