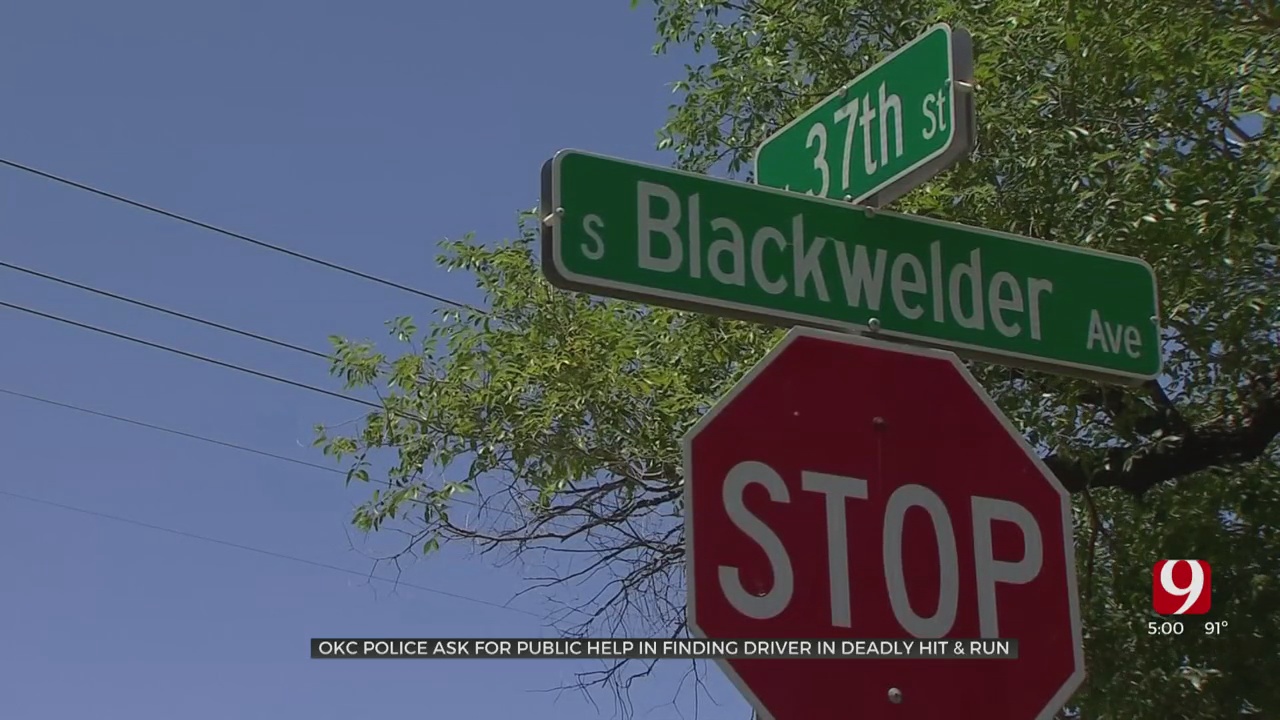 Oklahoma City police are looking for a driver accused of in a deadly hit-and-run crash.

Investigators found pieces of what could be a white Nissan Rouge left at the scene. They need the public to come forward with information that could lead them to the driver.

Johnson lives on the corner where the elderly woman was killed by a driver. Johnson said it is not unusual to see reckless drivers and accidents in the area.

However, officers did spend several hours at the intersection to investigate the deadly hit-and-run crash. They said someone called police around 12:30 a.m. about a body in the road.

“When they arrived, they located the body of a deceased 65-year-old female,” said Oklahoma City police Sgt. Megan Morgan. “She was hit by a vehicle and left in the street.”

Investigators have not released the woman's name because the next-of-kin notification has not been made.

Johnson said she heard the crash and saw police lights, but did not know an innocent life was taken right by her home.

“Now that I know exactly what happened, it’s even worse,” Johnson said.

She said she hopes police find the driver behind the wheel of the suspected white Nissan Rouge before other lives are put in danger.

“We’ve already had enough problems on this corner as it is,” said Johnson.

Investigators said the suspected vehicle will also have front-end damage from the crash.