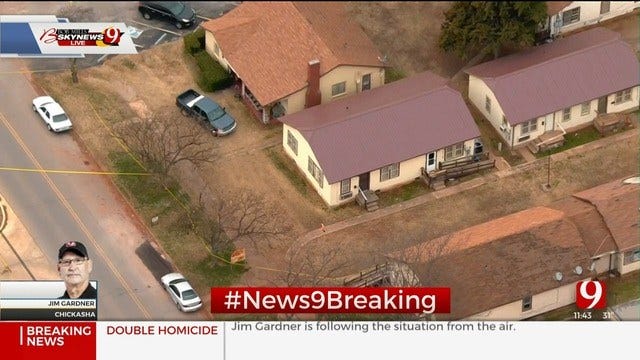 Chickasha Police are investigating after two people were found dead inside a home Thursday morning.

According to authorities, officers responded to a shots fired call around 9 a.m. near Fourth Street and Colorado Avenue. When they arrived at the scene, the suspect fired shots at them.

No officers were injured and the suspect was taken into custody, police said.