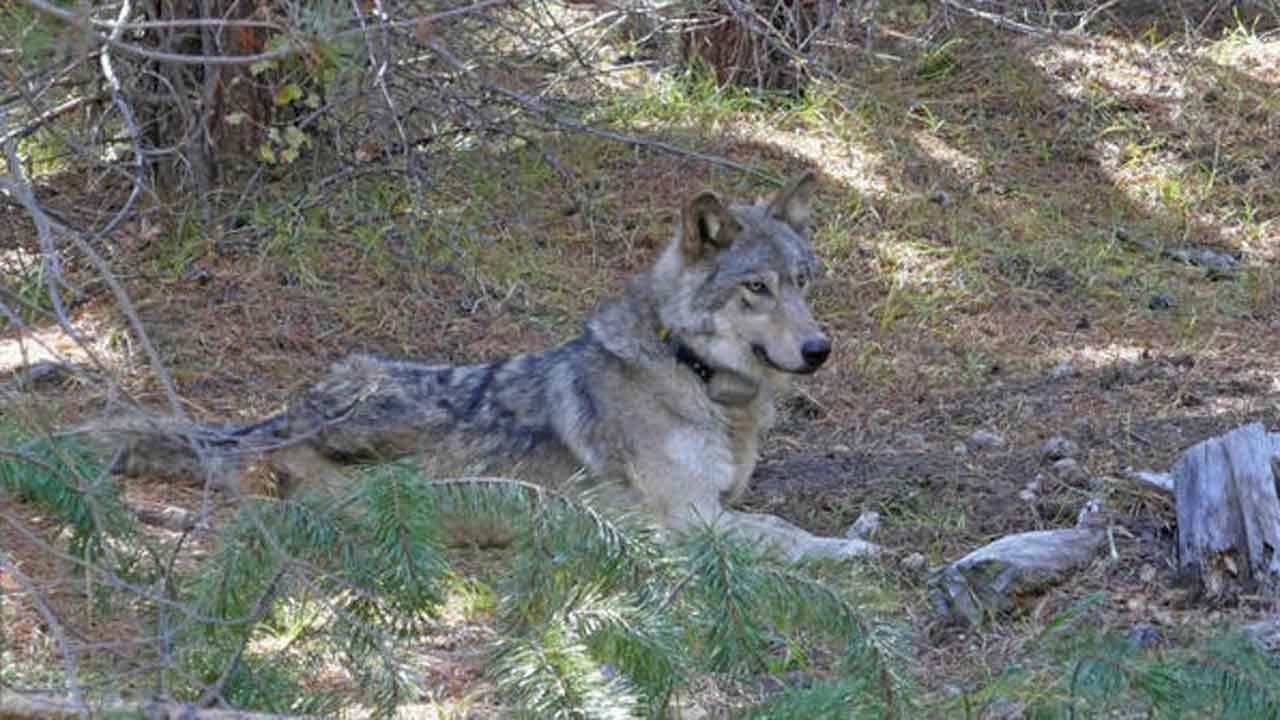 An endangered gray wolf that wandered more than 8,000 miles through Northern California has died, the California Department of Fish and Wildlife announced. OR-54, a 3- to 4-year-old female with a radio tracking collar, was found dead on Wednesday in Shasta County, the agency said in a statement.

It wasn't clear yet whether the animal died from an accident or natural causes or was killed. State wildlife officials previously said the female wolf was "exploring new ground in search of a mate or another pack."

In December, officials said OR-54 had traveled a "minimum distance of 8,712 miles at an average of 13 miles/day" since January 23, 2018. However, the wolf's radio collar apparently stopped working in December 2019.

Another collared wolf, OR-59, was found shot to death in Northern California in 2018. That killing is unsolved.

It is illegal to take, shoot, injure or kill gray wolves, with federal penalties of up a year in jail and a $100,000 fine.

Fewer than a dozen wolves are now known to live in the state, according to the nonprofit Center for Biological Diversity.

The species was eradicated in California early in the last century because of its perceived threat to livestock. A wolf from Oregon dubbed OR-7 arrived in 2011, becoming the first confirmed in the California wild in 90 years.

OR-7 later returned to Oregon and started what is known as the Rogue Pack. OR-54 was born into that pack. She was trapped and given a radio collar before making her way into California in 2018.

Although she made two trips back to Oregon and once made a short trip to Nevada, OR-54 spent much of her time in northeastern California.

The reappearance of wolves in the state has riled ranchers, who say wolves have preyed on their livestock on public or private land. OR-54 was suspected of killing several calves last year in Plumas County.

"This is a tragic development for the early stages of wolf recovery in California," said Amaroq Weiss, a West Coast wolf advocate at the Center for Biological Diversity. "Like her dad, the famous wolf OR-7 who came to California years ago, OR-54 was a beacon of hope who showed that wolves can return and flourish here. Her death is devastating, no matter the cause."