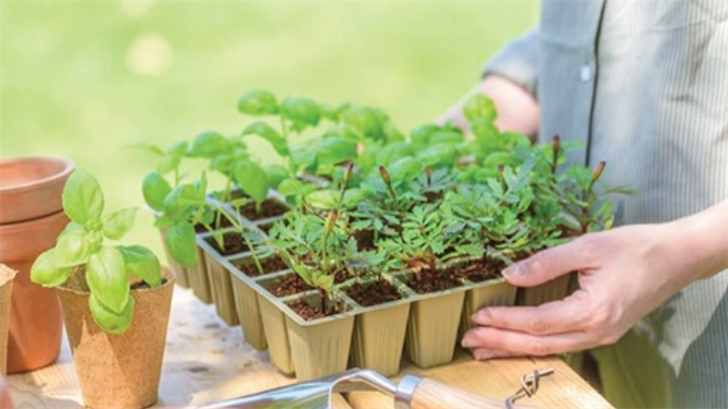 As millions of Americans hunker down at home, the coronavirus outbreak has led to runs on everything from toilet paper to baker's yeast. Now people are reporting another shortage: seeds to start their "pandemic gardens."

Some seed companies said they've temporarily stopped taking new orders after seeing an overwhelming surge in demand. The increase in orders is "just unbelievable," said George Ball, chairman of Burpee Seeds, a 144-year-old seed company in Pennsylvania. The company closed to new orders last week because it needed time to catch up, although it plans to start accepting them again on Wednesday.

With Americans largely stuck in place, many are turning to home-based activities that are boosting sales of home improvement goods, alcohol — and gardening supplies.

"If I had to put my thumb on it, I would say people are worried about their food security right now," said Emily Rose Haga, the executive director of the Seed Savers Exchange, an Iowa-based nonprofit devoted to heirloom seeds. "A lot of folks even in our region are putting orders into their grocery stores and having to wait a week to get their groceries. Our society has never experienced a disruption like this in our lifetime."

Other Americans are struggling to put food on the table. Feeding America, the nation's largest network of food banks, reported a 98% increase in demand. And the need may be most critical in rural America, reported CBS This Morning correspondent Janet Shamlian. Pantries in some rural communities are closing because food is scarce while the volunteers who staff them are concerned about their own health.

Seed Savers Exchange started to notice an increase in orders in mid-March. Demand spiked during the following two weeks, she added. For now, the nonprofit has also halted new orders while it catches up on the backlog.

"We received twice the amount of orders we normally receive," she said, adding that the company of about 60 employees hired 16 workers to help cope with the flood of sales.

While many Americans are buying seeds, Ball noted that there's no shortage. "Nobody hoards seeds," Ball said.

Seeds must be weighed, packaged and sent to stores, and seed companies didn't have enough pre-packaged packets to meet the influx of customer orders. The timing of the pandemic hitting at the start of spring probably increased pent-up demand because consumers who are stuck at home are watching signs of spring and deciding to get started on their veggie patches.

Gardeners are also helping each other gain access to seeds when they can't find seeds. Take Molly Jones, a 47-year-old Texan who offered her extra seeds to fellow gardeners on Twitter.

"I noticed on Twitter that some of my contacts and connections were having a hard time having seeds, and they couldn't get any shipped," she said. "Obviously, we weren't prepared for something like this."

Jones, who had stocked up on seeds to start a garden with her sister's children, who are 4-, 6- and 7-years-old, thinks Americans are turning to veggie gardens both to relieve stress as well as to grow food.

"To me, it's something that will make me smile amidst all to of the negativity," she said. "If they can see more acts of generosity than the bad things going on, it'll help them get through it."

Demand for early-season crops are high at the moment, such as lettuce and peas, seed companies said. Not surprisingly, staple crops are also sought after, such as beans that can be dried and consumed later, Haga said.

"Onions have sold very well," Ball said. "Everyone knows onions are the secret of cooking," which more consumers are undertaking given the "stay at home" orders across much of the nation.

Ball's advice to would-be gardeners who can't place orders is to be patient.

"We just have to slow down to take the orders in order to simply catch up," he said, noting that gardeners enjoy about a five-week window to plant from mid-April to June 1. "If you don't get started right away, don't be anxious."