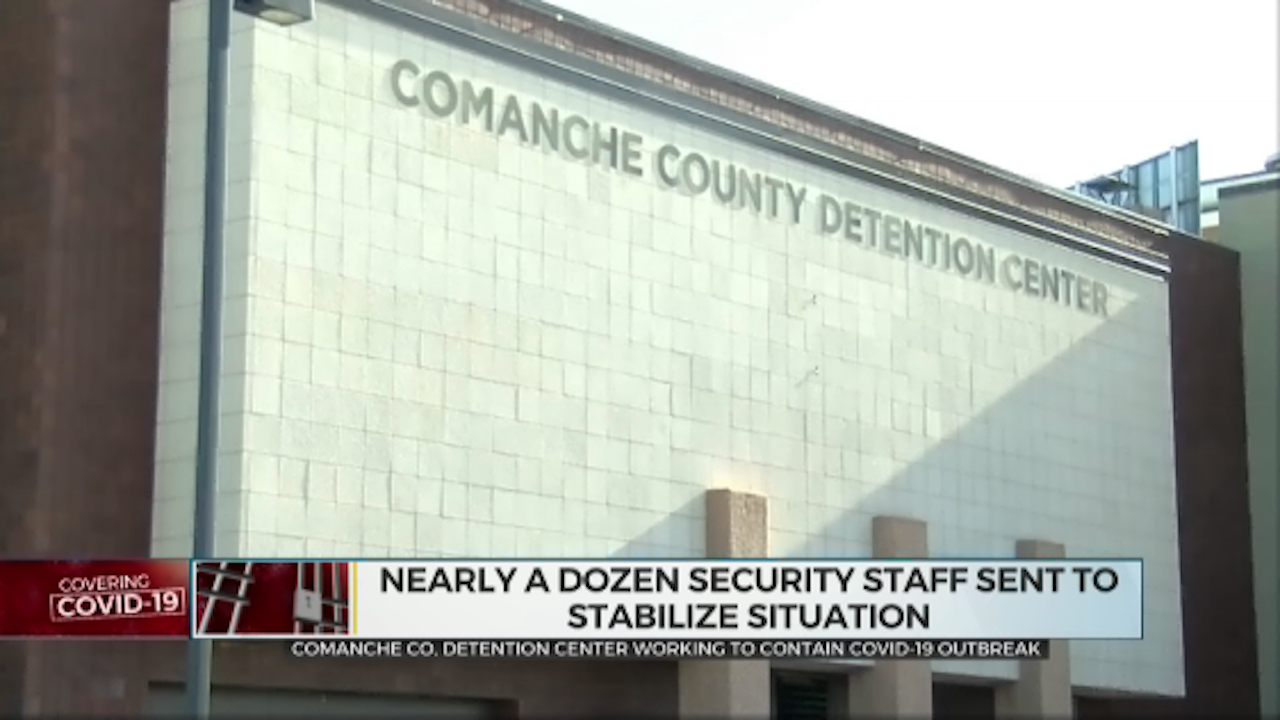 The state is stepping in after a COVID-19 outbreak at the Comanche County Detention Center in Lawton.

Department of Corrections officials said more than 100 inmates and 16 staffers tested positive for the virus.

The Comanche County facilities authority that oversees the jails operations is meeting with the state DOC Wednesday morning to come up with a plan to immediately move inmates to a state prisons.

The chairman of the jail's operations says they were not prepared for an outbreak of any kinds and that's why they reached out to the state for help.

DOC officials are still on site in Lawton and plan to be there for two weeks.