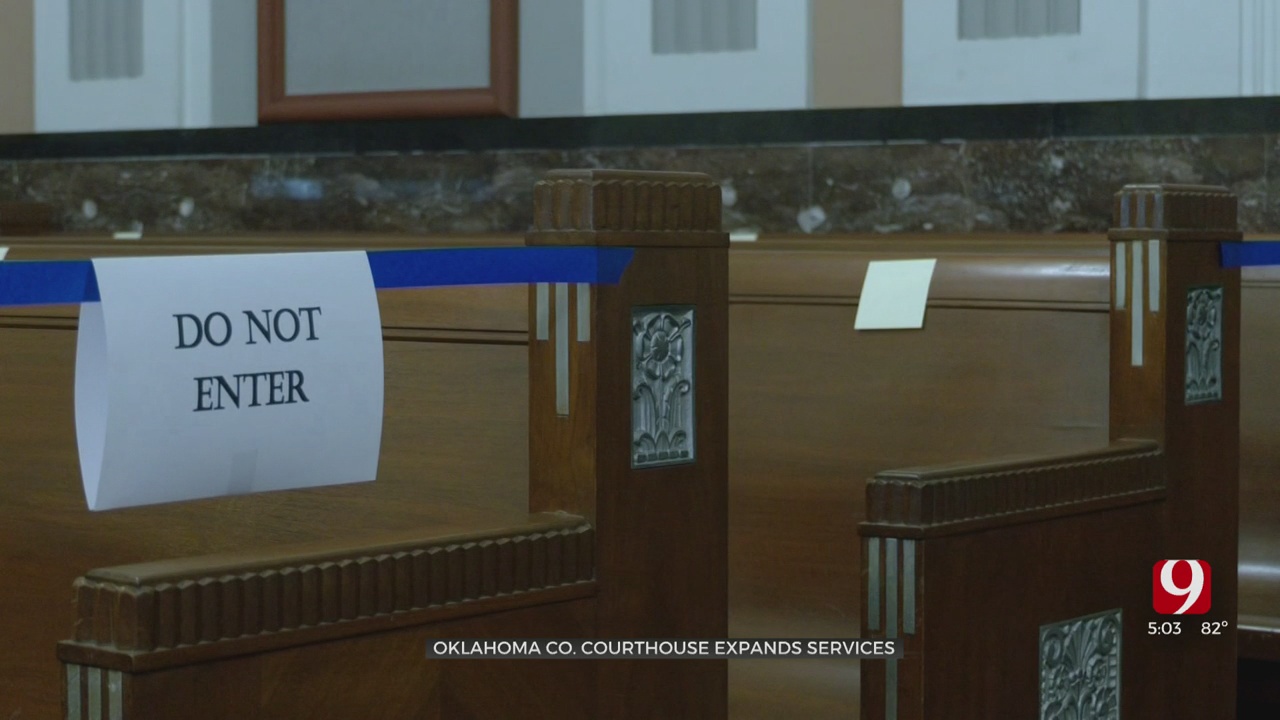 Although the Oklahoma County Courthouse never closed throughout the pandemic, there will be a lot of catching up to do for many people inside this building.

That’s how Elliott described the first day of a little more foot traffic around the courthouse. There are still plenty of safety measures being taken outside, as well as in his courtroom.

“We’re gonna have to adjust to social distancing, which we’ve never adhered to before," Elliott said.

He said plexiglass will also be installed at the bench as well as the witness stand.

Just some of the measures being taken as in-custody hearing and preliminary hearings were expanded Monday.

A couple floors down at the county court clerk’s office, it’s been a busy day.

“Our phones are ringing off the hook, one of my clerks told me he had 55 phone calls so far this morning. As you know I employ 135 people, and they’re all busy, we’re pretty swamped," said Oklahoma County Court Clerk Rick Warren.

Warren said those 55 calls are about three times the normal amount.

Warren said only 53 eviction cases were heard Monday, but that number is expected to go up.

“Today, we have quite a few being filed. The judges have said they’re only going to hear 75; they’ve limited it to 75," Warren said. "Then on Monday and Fridays, they’ll actually have two hearings, they’ll be two sets of trials, they’ll be 75 at each of one of them.

If you need to come down to the courthouse, masks are encouraged but not required anywhere except the elevator.

One thing not included in the expansion Monday is traffic court, that’s still on hold until July.