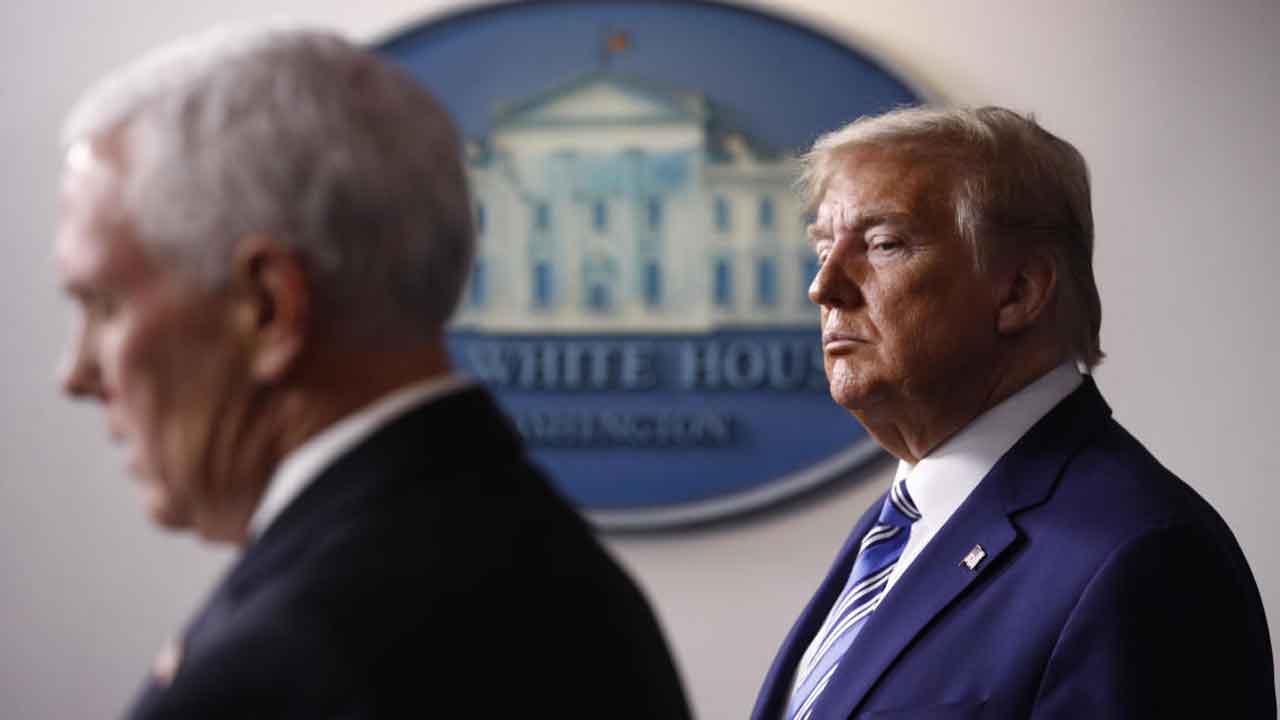 A member of the U.S. military assigned to the White House has tested positive for the coronavirus, the White House said Thursday. President Trump and Vice President Mike Pence have been tested again since learning of this person's diagnosis and the tests came back negative, according to spokesman Hogan Gidley.

"We were recently notified by the White House Medical Unit that a member of the United States Military, who works on the White House campus, has tested positive for Coronavirus," Gidley said in a statement. "The President and the Vice President have since tested negative for the virus and they remain in great health."

CNN broke the news of the official's positive diagnosis, and reported that the official is one of Mr. Trump's personal valets. CNN said the individual is part of an elite military unit whose members often work closely with Mr. Trump and his family.

Mr. Trump on Thursday said he's had very little contact with the individual, but a U.S. official told CBS News the individual has served him meals.

The president called the entire situation a little strange.

News of the diagnosis raises concerns about the risk of the president and vice president being exposed to the virus. While Mr. Trump, Pence and those around them are tested regularly, the two have also disregarded certain Centers for Disease Control and Prevention guidelines for staying safe in public on several occasions. Mr. Trump did not wear a mask while touring a Honeywell plant in Arizona on Tuesday, saying later that officials at the plant told him it wasn't necessary. Pence said on Tuesday that he should have worn a mask while visiting the Mayo Clinic last week.

The news also comes amid confusion about the the White House Coronavirus Task Force. CBS News reported on Tuesday that the White House was considering winding down the work of the task force. Then, in a series of tweets on Wednesday morning, Mr. Trump said that the task force will continue its work "indefinitely" but shift its focus to reopening the U.S. economy.

Mr. Trump told reporters later on Wednesday that there would be two or three members added to the task force by next week, and said public support for the panel helped drive his decision to keep it intact.

"I thought we could wind it down sooner, but I had no idea how popular the task force is until actually yesterday when I started talking about winding down," he said. "It is appreciated by the public."

Meanwhile, over 71,000 people have died of the virus in the United States, and millions have lost their jobs due to the economic fallout. Roughly 3.2 million Americans applied for unemployment insurance benefits last week, the Labor Department said Thursday, bringing the total number of workers who have applied for jobless aid to 33 million in the past two months.