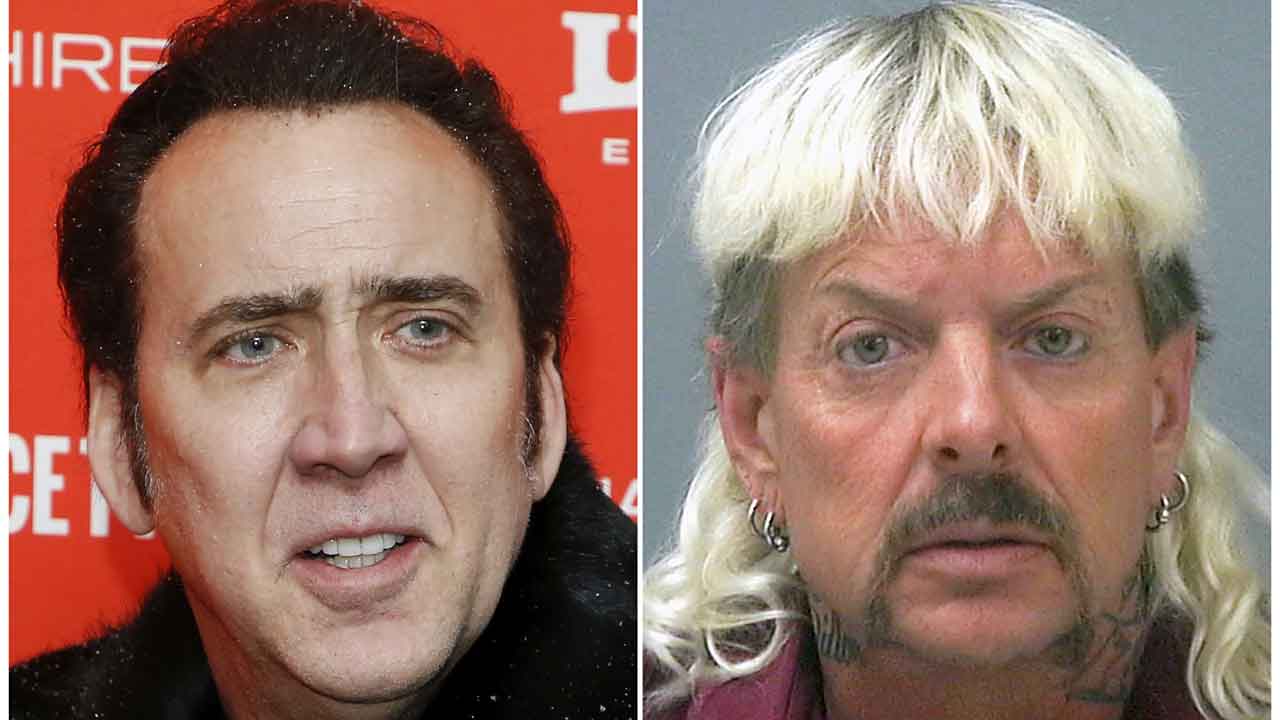 Nicolas Cage has been chosen to star in a scripted series based on the life of Joe Exotic, the subject of Netflix's hit show "Tiger King," Variety reported Monday. The series will have eight episodes, and is based on Texas Monthly's 2019 article "Joe Exotic: A Dark Journey Into the World of a Man Gone Wild."

"Tiger King," which was released on Netflix in March 2020, follows the life of zookeeper Joe Exotic and the exotic animal park he ran in Wynnewood, Oklahoma, as well as his years-long feud with animal sanctuary-owner Carole Baskin. Exotic, whose real name is Joseph Maldonado-Passage, is currently serving 22 years in federal prison for wildlife violations and plotting to murder Baskin.

The series will "explore how he became Joe Exotic, and how he lost himself to a character of his own creation," Variety reported.

This will be Cage's first major foray into television acting, according to Variety. He is known for his roles in films such as "National Treasure," "Face/Off," and "Leaving Las Vegas," for which he won an Oscar and a Golden Globe.

This isn't the first adaptation of Joe Exotic's story, which was viewed on Netflix by approximately 34.3 million people in its first 10 days, according to Nielsen data cited by Variety. Last year, before the Netflix series was released, Variety reported that Kate McKinnon would star as Carole Baskin in a series based on the Wondery podcast "Joe Exotic." That project is still seeking a writer, according to Variety.