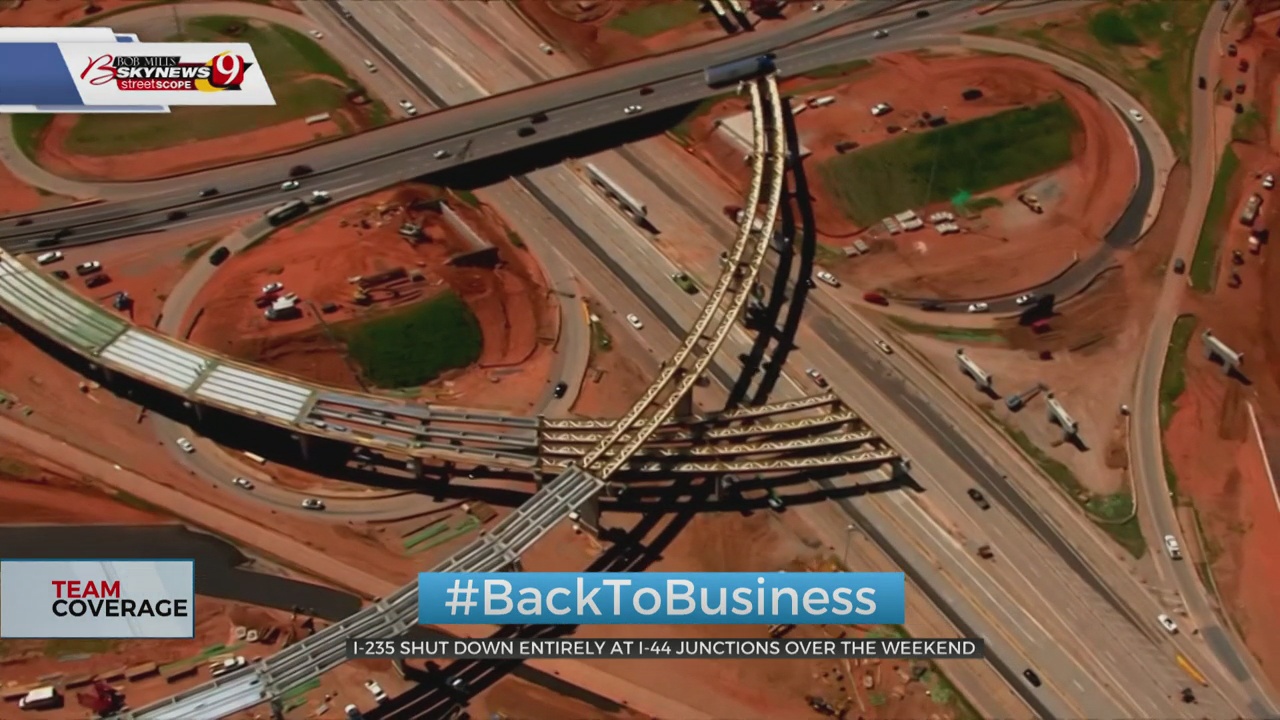 While a wide range of businesses and services are slowly reopening in Oklahoma City Friday, a major portion of Interstate 235 between northeast 36th and 63rd streets will be shut down entirely through the weekend.

The closure begins Friday 7 p.m., right after rush hour. Contractors will be hanging new bridge beams over I-235.

ODOT is urging drivers to plan ahead this weekend and to take detour routes including I-35, Lincoln and the Lake Hefner Parkway. They also say they are planning to reopen the highway by 6 a.m. Monday, and to not worry about them going past deadline.

"So no matter what, they will get to a point that they will reopen at 6 a.m. on Monday. If they get done earlier, they will let us know and we will get the word out," said Terri Angier from the Oklahoma Department of Transportation.

The transportation department says this closure was planned before the pandemic, and they're not worried about the timing with businesses reopening.

ODOT says this is the second of five planned closures on I-235 as part of the "off Broadway" project.

Drivers can expect construction here until 2021.