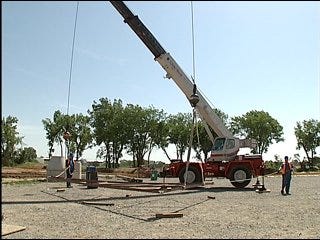 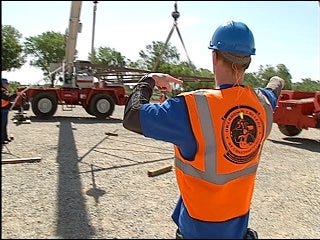 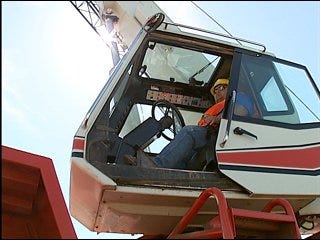 If you've been following the national news lately, you may know there have been a number of accidents involving cranes, some of them fatal.

There's an institution in Oklahoma City -- a pretty new one -- that is helping prevent crane accidents in the future.

What looks like any typical day at one of Oklahoma City's many construction sites is now a typical day in the Oklahoma College of Construction's crane operator training class.

McGinnis said the school opened its doors less than three years ago, but being one of just five such training facilities in the country, they get students from Texas to Michigan.

"Our primary student base is individuals that have never been on a piece of equipment, coming in brand new, wanting to learn how to operate equipment to launch a career," McGinnis said.

Bobby Ray, of Midwest City, sees a bright future for himself as a crane operator provided he can make it through the class and get his operator certification.

"Operating the crane's not so hard as learning all the laws and safety producers and stuff like that," Ray said.

A bulletin board in the hall is filled with reminders of what can happen when safety procedures aren't followed.

"They need to realize that there are dangers out there, and when they realize those before they leave here, then it's preventable," Senior Instructor Forster Barners said.

Corpus Christi's Mark Rivera is excited about becoming a crane operator, but tempers his excitement with a dose of reality.

"I believe the way you went into work is the way you should come out of work, and safety they preach here is really great," Rivera said.

The class may be pricey, but the payoff can make it well worth it.