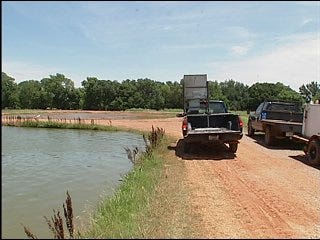 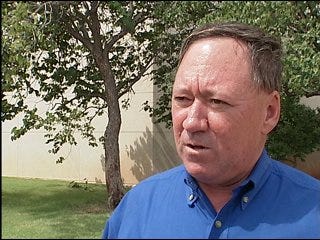 Increasing gas and food prices are forcing some fish farmers out of the marketplace. Conrad Kleinholz has worked at Langston University for 25 years, researching the most effective way to make money in the fish industry.

"We take that information and transfer it directly to the farmers so that they don't have to make all the mistakes we make," Kleinholz said.

More than 70,000 fish live at the ponds at LU, and the research gained from them is being used by fish farmers across the country, including catfish farmers.

"A lot of fish farmers are leaving the business," Kleinholz said. "A third of the fish farmers in Mississippi, maybe 15 to 20 percent in Arkansas."

Catfish feed has increased by 50 percent in the last six months, resulting in some farmers actually losing money.

"The initial reason was because most of the excess corn was being funneled into bio fuel production and then the recent floods haven't helped at all," Kleinholz said.

The rising has prices are also making the farming process expensive in regards to operating machinery and transporting fish.

Jack Carson, Oklahoma Department of Agriculture, Food and Forestry spokesperson, said there are only around 35 fish producers in Oklahoma and most are not growing their fish for consumer consumption.

"What makes Oklahoma different than a lot of the aquaculture states is that our fish are primarily sold to stock ponds for sporting purposes, or for ornamental fish variety such as Koi," Carson said.

According the Kleinholz, in order for the industry to survive the demands, changes must be made.

"The industry is going to have to be decentralized more so that transportation costs aren't such a big factor," Kleinholz said.

Much of the fish sold in grocery stores are imported in from Asia, which keeps the prices down for consumers.