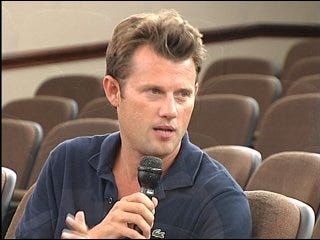 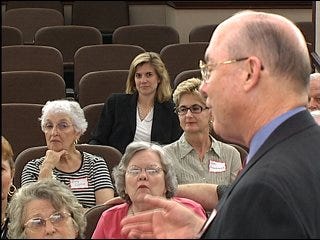 DALLAS -- Support groups have been established for people who have been dealing with devastating effects from West Nile, sometimes for years after the bite.

Edmond realtor Debbie Fiddler is an active woman at work, and at home. But her life paused last fall.

"I remember one morning waking up, I was so sick," Fiddler said. "I thought, you know, if I die today, I die today. I was that sick. I just was to the point where I didn't care."

Fiddler contracted the West Nile Virus and was sick for 3 weeks, but for others, the first few weeks after a mosquito bite is just the beginning.

In Dallas, West Nile survivors gather every month to talk about the experience that's changed their lives forever. These are the people who have suffered neurologic complications from one simple mosquito bite.

It is not just happening to older people, as some may expect.

Oklahoma-raised track athlete and coach Kevin Helm was just 35 when he contracted the virus.

"September and October was just hell for me," Helm said. "It was very difficult."

His West Nile Virus turned into an even more complicated illness.

"Because of meningitis, I had severe headaches and could not sleep," Helm said. "Felt like acid in my head, like a lot of fluid."

Helm has since been trying to spread the word, first through an article in the school paper where he teaches.

"I had lost my confidence and I went through such an ordeal for two months," Helm said. "The insomnia started the depression and anxiety."

Research shows one in 125 people who get West Nile Virus suffer severe effects like what Helm described, which can last for years.

Survivors talked of hallucinations, blurred vision, being in comas, even paralysis in the group discussions.

The doctor who started the group, Dr. Don Read, is a West Nile survivor himself. He couldn't walk or talk, or even write for weeks.

"I still have residual weakness in my legs," Read said. "Polio-like paralysis, so I still wear braces on both legs."

In the meetings, there is support in recovery. Many aspects of West Nile Virus are still a mystery and there is no known treatment or explanation. Doctors think that once a person has the illness, they're immune.

Experts reported most West Nile cases begin to pop up in the month of August.

Four Oklahomans have reported having the illness.