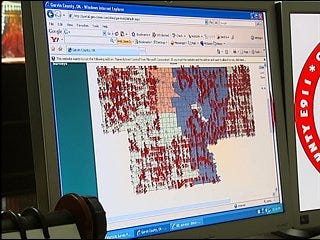 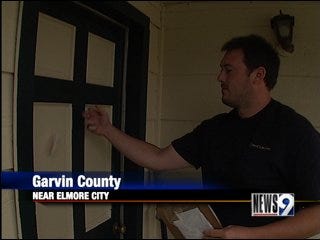 PAULS VALLEY, Okla. -- Voters approved funding for an Enhanced 911 system in one Oklahoma county. To get the system up and running however, the county needs the public's help again.

And so far, that response has been slow in Garvin County.

Things are being done to get the ball rolling so residents can be safer.

Derrick Kramer has spent the last two months driving around rural Garvin County, knocking on doors and leaving a little package behind.

"It's just a survey, it just includes a people's name, the phone number and then their mailing address or their box," Derrick Kramer with GeoComm said.

Back in Pauls Valley, Diann Williams goes through the surveys that people have mailed in. The information is critical for the new Enhanced 911 system that the county is setting up.

"So that we can take that information and enter into our data base, so that once that call is made from that telephone, then we'll have a name and an address, just in case a person is in a situation where they can't speak we'll be able to see the information on the screen," Diann Williams, Garvin County 911 coordinator said.

Since July several thousand surveys have been distributed throughout Garvin County. But so far only about 40 percent have been mailed back.

"We are very concerned, and we'd like to make sure that everyone understands that this is a direct payback for them," Dave Johnson with the Garvin County E-911 Committee said. "This is all about making it better for the folks in Garvin County."

The county is appealing to homeowners to mail those surveys back. Otherwise, Kramer may have to drive more miles--and deliver surveys to homes a second time.