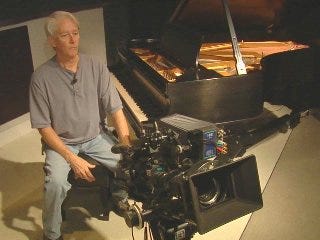 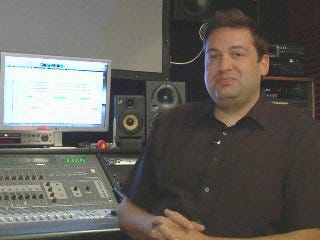 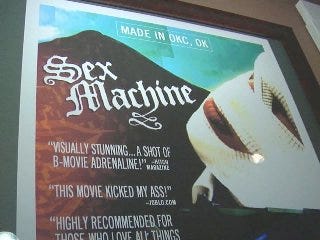 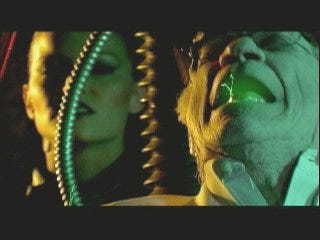 The production company started when sound engineer Kenny Phillips ran into a set design problem that nobody could help with.

The Grammy award-winning sound engineer owns Phillips Pro Audio in Oklahoma City. While working on a national production with Eric Idle from Monty Python fame, Phillips was posed with a problem with the set design that nobody could help with.

"We had some issues trying to get some of the interactive video that he wanted to use. He had a lot of Monty Python sketches that he was going to cut up and project on screen and then those would be interactive with the stage production," Phillips said. "We couldn't get any of the editors or production people in Los Angeles or New York, which at that time, were basically the only people doing that kind of thing. We couldn't find anyone that would tell us that they could do what we wanted to do."

By learning video editing, Phillips was able to solve the set problem himself and branch into another media in film making.

Phillips was then approached to work on another film, this time by Austin independent film producer Christopher Sharpe.

"We did ‘Sex Machine', which was an $8,000 low-budget, action, horror movie and it's developed a little following out there," Sharpe said. "It's distributed worldwide now and you can get it through Blockbuster and Netflix or Amazon."

The movie was shot locally.

"It was shot right around the heart of Oklahoma City and downtown. We shot at 66 Bowl, which I consider a pretty cool Oklahoma City landmark," Sharpe said. "We shot everywhere. We got to be real good friends with the local police because they were always like, ‘You guys still shooting this movie'?"

The filming went so well, Sharpe and Phillips decided to create Rockhouse Pictures so they could continue working together. They based their company in Oklahoma City because of cost and location choices.

"There's all kinds of locations to shoot here from cities and urban areas to really rundown, redneck, scary 'Texas Chainsaw Massacre' areas to beautiful mountains," Sharpe said. "It's definitely less expensive to produce a project here, and the city is great to work with. The people are great to work with. The locations are easy to get. It's fun to make a movie here. Everyone's very friendly and it's a smooth process."

The film makers see Rockhouse Pictures as just the beginning. They are already working on their next film.

"Our goal is long-term. Multiple projects that will go on for the next indefinite amount of time," Sharpe said. "We'll continue to take advantage of all the resources here and continue to branch out."