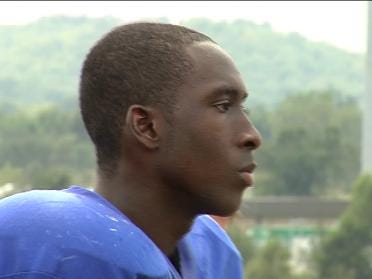 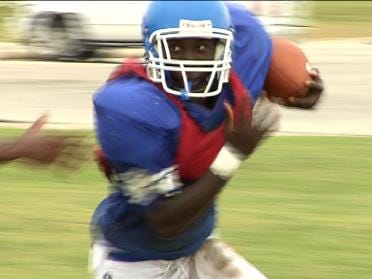 GLENPOOL, Okla. -- When the sun sets on a Friday fall evening, the buckle of the Bible belt puts its faith in football. But Glenpool football player Kwame Mensah is miles away from the game.

Friday nights are spent at home focusing on religion. But from off-season training to hours of practice preparing for the next opponent, Kwame goes through it all with his teammates and coaches, except he's never played in a varsity football game.

"A lot of them really don't understand. They say, ‘God gave you these talents and they want me to come play on Friday nights but they respect me a whole lot because they see me working as hard as anybody else on the team," said Mensah. "I'm trying to push my team to the limit."

"He really sees that there's more than just learning how to play defense against a spread offense or make touchdowns," said Glenpool football coach Steve Edwards. "This is about life lessons and he's teaching all of us one."

After going through practice after practice the payoff has finally come. Glenpool plays a pair of Thursday night games this season, meaning Kwame will take the field for the first time in a varsity uniform against Bixby.

"All those years of hard work hopefully I can put that out there on the field Thursday night," said Mensah.

"Knowing he couldn't get in a varsity game is pretty disappointing," said Edwards. "We're looking forward to seeing him on the field Thursday night. It's going to be a lot of fun."

Even though he's not playing on Friday nights, Kwame's still helping his team work toward a state championship.

"It's kind of tough being home on Friday nights because it's basically what we've talked about our entire lives. I know I'm contributing in my own way and whatever's in God's will is what I'll do," said Mensah.