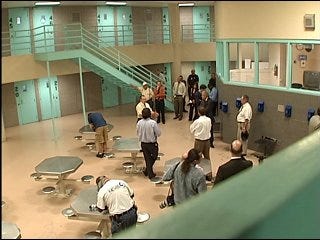 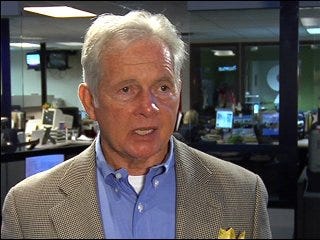 OKLAHOMA CITY -- Oklahoma County Commissioners have adopted a plan to improve the county jail after a federal report criticized conditions at the facility.

A federal report issued earlier this year deemed the jail unsafe for both inmates and guards. Sheriff John Whetsel said officials have already addressed many of the issues in the report. Commissioners have now formed a 10-member citizens committee to oversee conditions at the jail.

The sheriff said he's ready to hear the group recommendations.

"There's a whole wide range of options. It could be anywhere from doing nothing, to retro fitting this jail, to putting an annex on to the jail for minimum security inmates to building a new facility," Whetsel said.

Problems pointed out in a report by the Department of Justice included a lack of supervision, violence between inmates and excessive force by guards.

"We're trying to deal with this proactively, get out on the front end of it and see what we can do to make that jail the best it can be," Vaughn said.

Vaughn said if the problems aren't addressed soon, there's a chance the Department of Justice could come in and take over the jail.

The committee's first meeting is scheduled on Sep. 30.

Meet the members of the Oklahoma County Detention Advisory Committee.