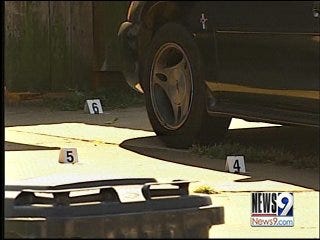 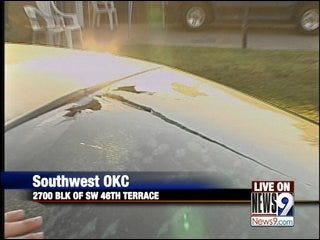 OKLAHOMA CITY - Two suspects were injured after a shootout occurred on the 2700 block of SW 46 Terrace around noon Saturday.

The shots were fired right outside neighbor Sarah Wilson's window.

"The neighbor was saying ‘Get out, get out, get out of my yard.' And then they were just talking crap and that's when it all went down," Wilson said.

After the shots rang out, Wilson said three suspects sped off down the street.

Police said the suspects stopped at a 711 just a few blocks away. They said the driver had been shot, and that's when another suspect got behind the wheel and the three men took off again.

The homeowner was not injured. His wife Pylisha Gordon said her husband did the right thing.

"He was fine. He was protecting our home. That's what you're supposed to do," Gordon said.

As for why the incident happened, she is baffled.

"We sell real estate and try and run our business and that's it," Gordon said.

Gordon said she was just glad no one was killed.

Police said the suspects headed to a nearby hospital. Two suspects are being treated for non-life threatening injuries. The third suspect, who was not injured, has been arrested.

The three men, whose names have not been released, face charges including shooting with intent to kill.

Gordon's husband is currently not facing any charges, but police are investigating the incident.