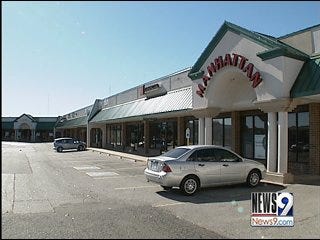 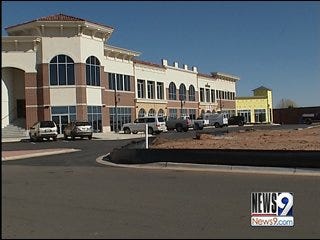 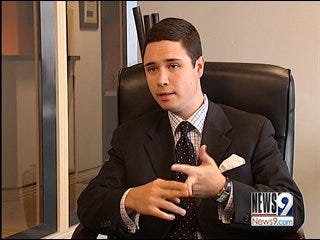 EDMOND, Okla. - Shopping centers across the metro are being abandoned for new strip malls. Businesses are moving in before some of the centers are even complete.

Adora Co-owner Clete Ross is one of the newest tenants at Shoppes on Broadway in Edmond.

"We thought this location, when everything gets completed, is going to be spectacular. The traffic that drives by here, the visibility when you drive by in your car is great," Ross said.

A few doors down from Ross' shop is Patty Aboujeib's Hallmark store. She said she is pleased with her new store space.

"I really believe that this is going to be the shopping center in Edmond. It's beautiful, updated, Mediterranean, lots of shoppers coming into this corner," Aboujeib said.

Edmond Marketplace was the location of her former shop.

"We realized we would have to be updated and remodeling, and instead of doing that we just chose to start over with a beautiful new location," Aboujeib said.

But, there are many other shopping centers in the metro that are newly-built and don't have the tenants. Merchants said that's because the locations are less than ideal. Location issues aside, merchants have more renting options because of the availability of retail space.

"Vacancy rates in metro areas are starting to pick up in an accelerated fashion in the second and third quarter of 2008," Sperry Van Ness Commercial Real Estate advisor Jason Little said.

"We're already seeing rental concessions given in both discounts off of the asking rents, and in free rent that's given to the tenant as an inducement to sign a lease," Little said.

Neither Ross nor Aboujeib got those incentives when they signed their leases, but both are pleased with their new landlords and say they're shops will here for awhile.