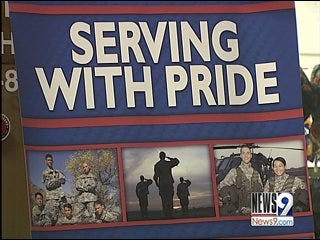 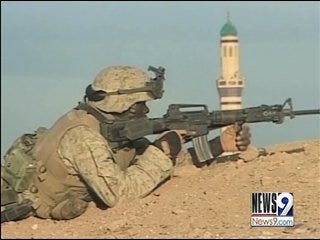 OKLAHOMA CITY -- Pentagon officials said for the first time in five years, the number of young people interested in joining the military has gone up considerably.

The Pentagon sponsored survey shows the percentage of young people between 16 and 21-years-old, who said they would probably join the military, is 11 percent, up from 9 percent earlier this year.

"I would care to speculate other services may see a jump over the next few months because of the economic situation," SSgt. George Shafer said.

Stations in other parts of the country are seeing a spike in recruitment. Military officials predict this trend is because of the worsening economy or President-elect Obama's promise to pull troops out of Iraq, but in Oklahoma, recruitment numbers haven't changed.

"I have parents with several children that have degrees and I also have 17-year-old juniors out of high school showing an interest in the National Guard," SSgt. Shafer said. "I just found something very honorable about serving this country, and that's what I want to do with my life."

One of the newest young recruits is Nick Mainard.

"I've been wanting to do it since I was a little kid," Mainard said.

The 17-year-old didn't sign up because of tough times, but to continue his family's tradition in serving the country.

"I've always had dreams and always told my buddies and my mom that I wanted to be in the National Guard, so this is where I am," Mainard said.