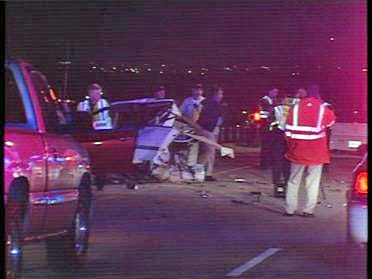 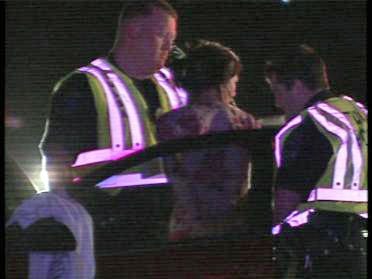 TULSA, OK -- Two people are dead after a car accident on Highway 75 in Tulsa. A car parked on the southbound shoulder was struck from behind by another vehicle, authorities said.

Police said a man, two women and two children were in the car that was hit. EMSA's Tina Wells said a man and a woman were killed.

A 23-year-old woman was transported in fair condition. Wells also said a young boy and young girl were also taken to hospitals for treatment.

Police said they had received a number of calls prior to the crash about an erratic driver. Callers had told police a woman driving along the Broken Arrow Expressway was striking the guardrails. Police said that woman is the same driver who struck the parked vehicle on Highway 75.