Commerce Department Out of DTV Coupons 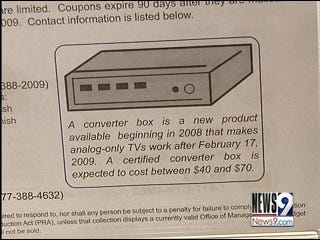 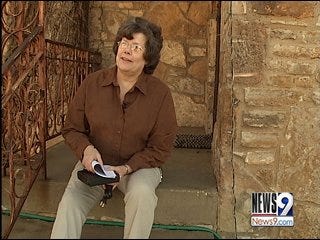 OKLAHOMA CITY -- The deadline is fast approaching for television broadcast stations to switch from an analog to a digital signal. That means if you want to continue watching TV after the February 17 deadline, you have to make sure you're ready for the switch or else your antenna TV will go to black.

Many viewers have been confused about the digital transition because they still don't understand what they need to do to keep their televisions working.

If you have cable, a satellite service or a new TV, the digital switch will likely come and go without a problem. But if you use an antenna, you must make a change.

"For customers that aren't prepared for the transition, they're not going be able to receive their over the air broadcast stations like they have in the past," said Christine Martin with Cox Communications.

If you rely on an antenna, you'll need a digital converter box to continue watching the tube.

"It's really just connecting two cables, it's really not that hard at all," Radio Shack Manager Scott Meyers said.

You can buy one at Radio Shack or other electronic stores. The government offered a $40 coupon to cover most of the cost.

Patricia Grant has her box, but she said the rest of her family has run into trouble trying to get one. Her son, like many Americans, just applied for a coupon and learned the Commerce Department ran out of money for coupons.

"My son's on the waiting list. He's waiting. My son-in-law didn't realize his card was expiring when he went to get new ones, come to find out you cannot get it renewed," Grant said.

So many people are facing this challenge. President Elect Barack Obama is even asking Congress to delay the switch. Patricia Grant thinks that's a smart idea.

Congress will have to pass a new law to delay the switch so the government can sort out the coupon confusion and make sure everyone's prepared for the switch.

Commerce Department Out of DTV Coupons