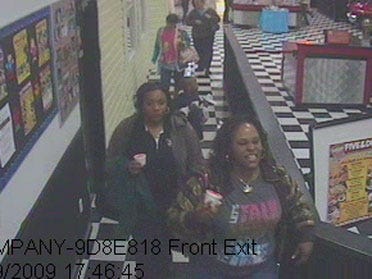 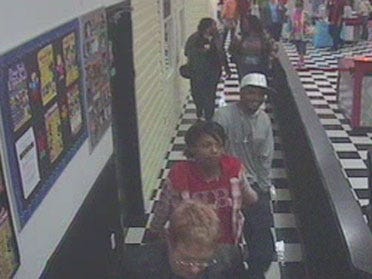 OKLAHOMA CITY -- A woman was beaten up and robbed after a fight broke out at the Incredible Pizza on NW Expressway in Oklahoma City.

The victim claims she was at the restaurant with her children and boyfriend when another woman, who had a child with the boyfriend, entered. The two women had an argument, and the victim walked outside the establishment.

She claimed the woman, along with two other women, attacked her. The victim claimed she was assaulted, and the three women stole her money before leaving with the boyfriend in a red Pontiac Grand Am.

The victim said she didn't know the group of women who attacked her, but believes they were headed to the east side of Oklahoma City, where one of the women lives.

She described her attackers as three black females. Two women were described as heavyset, while the third woman, wearing a red jacket, white t-shirt and blue jeans, was describes as having a small frame.

Anyone with information is asked to contact the Warr Acres Police Department at 789-3329.