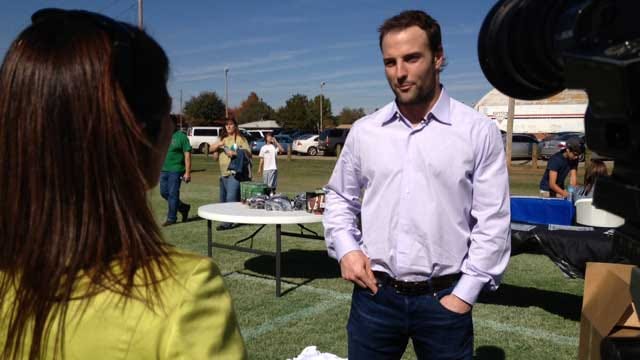 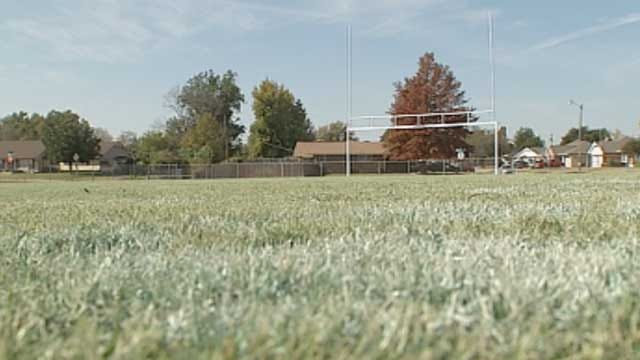 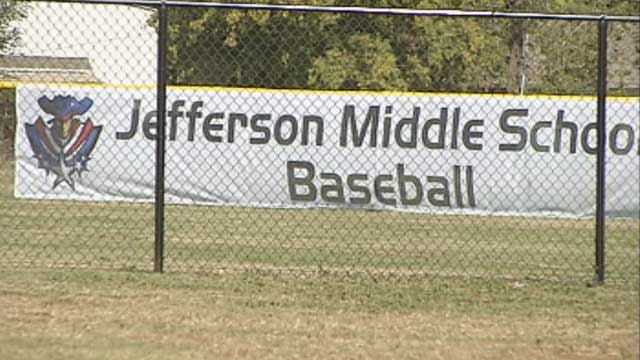 OKLAHOMA CITY -- New England Patriot and Oklahoma's Own Wes Welker is in Oklahoma City this weekend to celebrate several "field of dreams" you could say.

"Welker Fields" at Jefferson Middle School officially opened on Saturday during an event at the school.

Through the Wes Welker Foundation and community partners, the football, soccer, baseball and softball fields were rebuilt and irrigated.

"It's great to see the people being able to enjoy it," said Wes Welker, wide receiver for the New England Patriots. "And seeing this field now, makes me want to get out there, whereas before, it was pretty hazardous."

The quarterback for Jefferson Middle School agrees the new condition of the field is like night and day.

"They were horrible," he said. "There were holes and the field was uneven. You could barely run straight because you would fall in a pot hole."

This is why the Oklahoma City Public School District plans to rebuild the fields at all 10 middle schools in the district.

And now they do, leveling the playing field for these kids, which in turn has increased interest in sports at the school.

"The fields have made us a lot more proud and better," said Means. "We can come out here and win more ball games, like we did this year."

"It's unbelievable," said Welker. "A few months ago, it was all dirt and they were just getting the foundation ready. Now, it's thick grass and really cool to see."

Cool for the student athletes as well, who say they are grateful for the new fields.

Find out more about the Wes Welker Foundation!