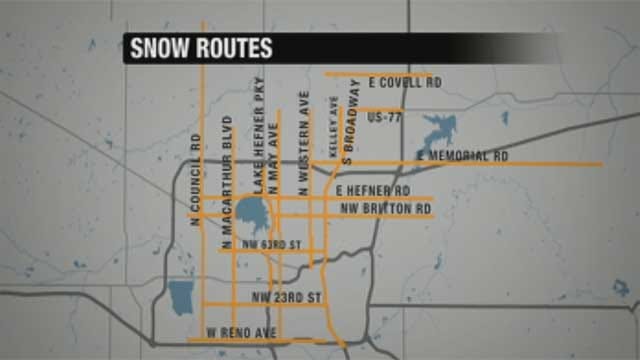 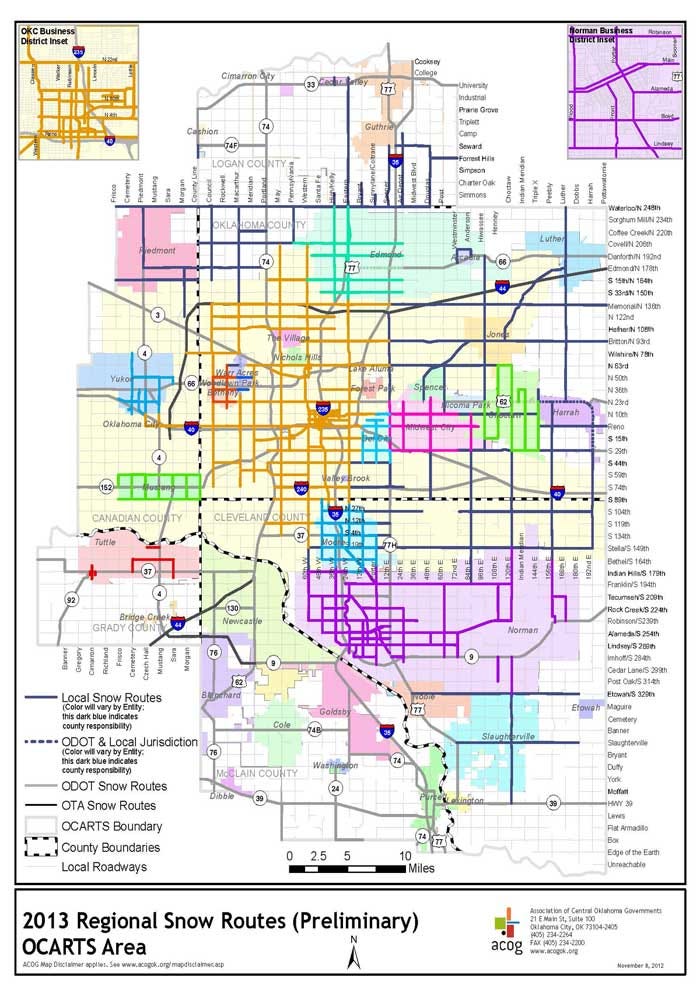 The Oklahoma Highway Patrol is encouraging drivers to stay off the roads as a winter storm moves across the state. But if you must drive, you should follow the snow routes.

All of the state's highways are snow routes and will be cleared.

If you're traveling in northwest Oklahoma City, crews will clear these main snow routes that run north and south: Broadway, Western, May Avenue, Hefner Parkway, MacArthur and Council.

Penn is NOT a snow route.

Northwest 23rd Street is also a snow route, and so is Reno.

In southwest Oklahoma City, Western, May and Meridian and MacArthur are major snow routes, but again, Penn and Rockwell are not snow routes.

On the southeast side of the metro, S.E. 29th and 104th streets are major snow routes, along with Sooner, Douglas and Anderson roads.

These are some of the major snow routes that will be salted or plowed frequently during winter weather.