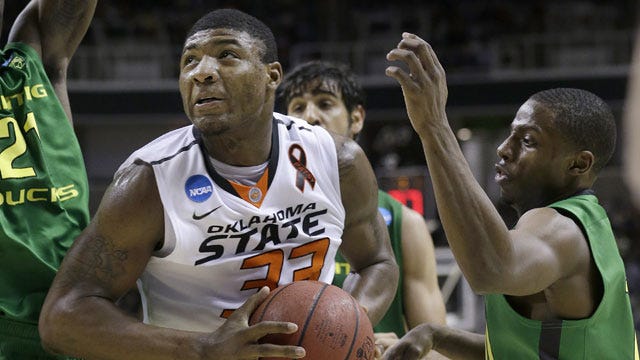 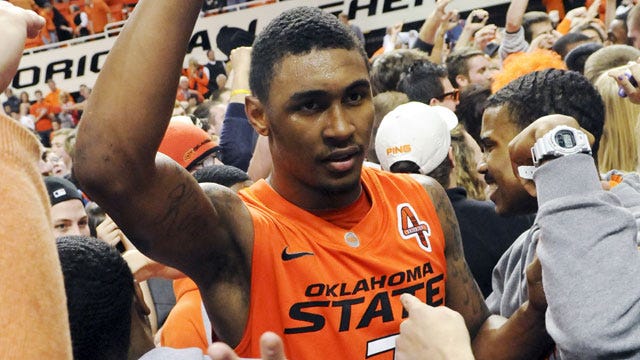 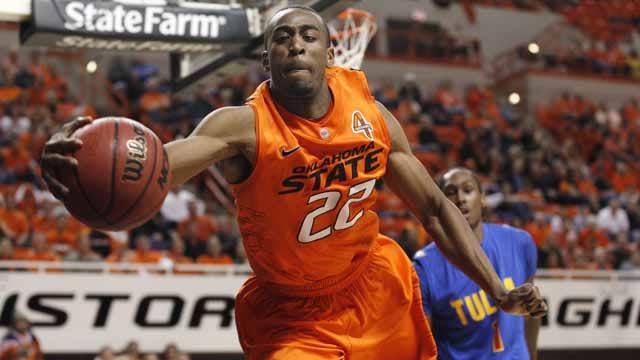 After several weeks in limbo, the Oklahoma State trio of Marcus Smart, Le'Bryan Nash and Markel Brown officially announced that they will all return to play for the Cowboys next season.

The announcement came at 12:30 p.m. at a press conference in the atrium of the OSU student union on campus and the crowd that gathered to watch the festivities was predictably thrilled by the news.

Smart, projected to be a top-five pick in June's NBA Draft, was the biggest surprise of the group and his decision to return likely propels OSU to the preseason Top 10 or perhaps Top 5 entering next season. Smart was the Wayman Tisdale winner as the national freshman of the year, Big 12 Freshman of the Year and the Big 12 Player of the Year.

Brown averaged 15.3 points, 4.4 rebounds and 2.4 and showed marked improvement in his outside shooting as a junior, shooting a team-best 36.4 percent from 3-point range.

Nash showed more consistency as a sophomore and was dominant at times, averaging 14 points and 4.1 rebounds in his second season in Stillwater.

The news of Smart's decision to return to school was broken on Tuesday night but wasn't officially confirmed by Smart himself until the press conference. With Brown and Nash also announcing their intentions to return, the Cowboys likely return all but one scholarship player (Philip Jurick) from last season's 24-9 team that reached the NCAA Tournament for the first time since 2010.

Coach Travis Ford led off Wednesday's press conference by thanking the large crowd of students on hand for "Bringing the rowdy" back to Gallagher-Iba Arena and there's very little reason to believe the rowdy is going anywhere anytime soon with this trio lacing up their sneakers for another season on Eddie Sutton court.

"This is an exciting time for Cowboy basketball," Ford said. "All three of these guys will have an opportunity to compete at the next level. They realize and understand that the individual awards they received come from great team chemistry, playing well together as a team and winning basketball games. Staying in school also provides them with an opportunity to continue their education, which is very important to them and their families."