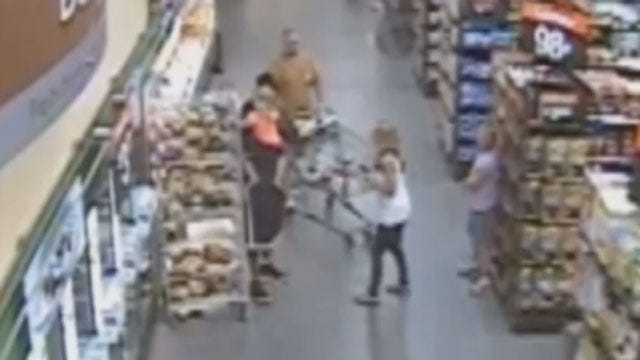 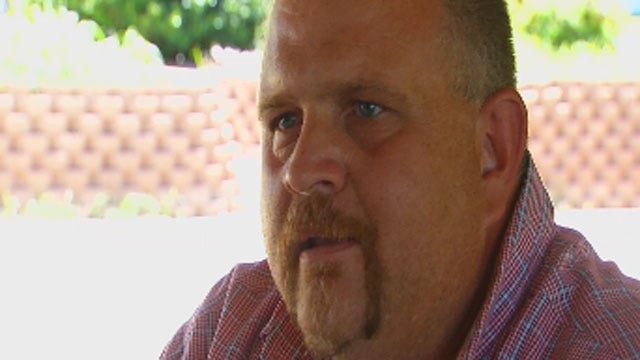 The surveillance video from the Midwest City Wal-Mart where a man held a toddler hostage also showed another man who stepped in to help before the police arrived.

That man, Terry Parker, a pastor at a local church, says he's no hero. He says he was just a guy at the grocery store. But there's no denying he put himself in harm's way to help save that child.

Parker says he heard something that he called a distressing sound, and that's when he moved in.

"I just tried to position myself, not having a clue what to do, but positioning myself in a place where one way or another if that gentleman was going to come my director, he had to go through me or my cart," Parker said.

Pastor Parker says he didn't say anything, but for the entire time he was there, he made it clear to Sammie Wallace that he wasn't moving.

"He would make small approaches in my general direction, like I was feeling him out if I was going to stop him, and I would just move with him and gravitate the same direction as he did," Parker said.

Parker kept his cool and credits his 14-year-old daughter who stood behind him for doing to the same.

"My mindset was there was a small child, a desperate mom, a youth and this child had a knife to its abdomen," Parker said.

"God placed me there for a reason but he could have done it for anybody," Parker said.

And instead credit's God's hand all the way down to the officer who ended the ordeal.

"Officer Huff made a choice that I would never want to make. And he seized that opportunity knowing that a child's life was in imminent danger and took the shot he needed to take. He's the hero in that situation," Parker said.

After police moved in and moved Parker to the front of the store, Parker says he tried to comfort the mom and her 12-year-old daughter.