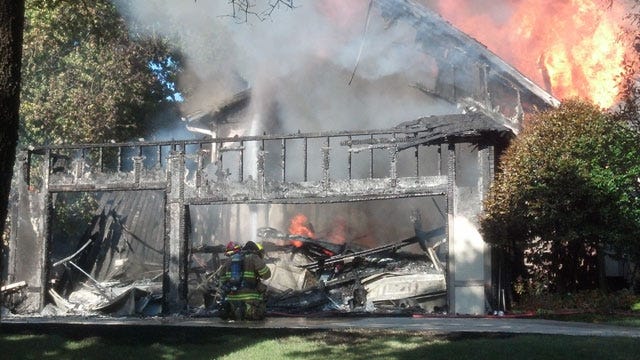 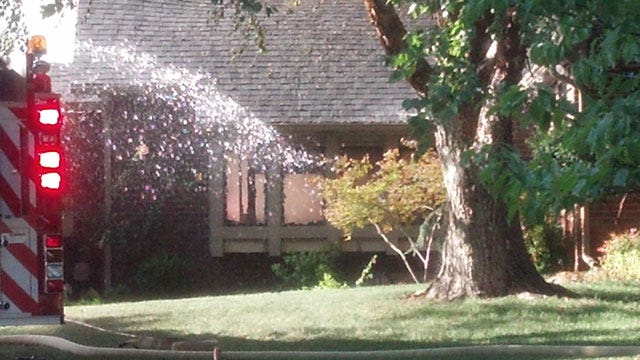 Fire crews were called to the scene near El Reno Ave. and S. Post Rd.

It was originally called out as a car on fire in a garage around 5 p.m., but when firefighters arrived the whole house was in flames.

No one was injured in the blaze. However, some firefighters were treated for heat exhaustion at the scene.

The MWC Fire Department has had to call Tinker, Del City, and Choctaw fire departments for assistance to battle the fire. A spokesperson for the department tells News 9 the home was located in an area where few hydrants were available.

Investigators say the homeowner was restoring a classic car in the garage that apparently caught fire. The man says he was not in the garage when it started, but noticed the smoke while he was in the backyard.