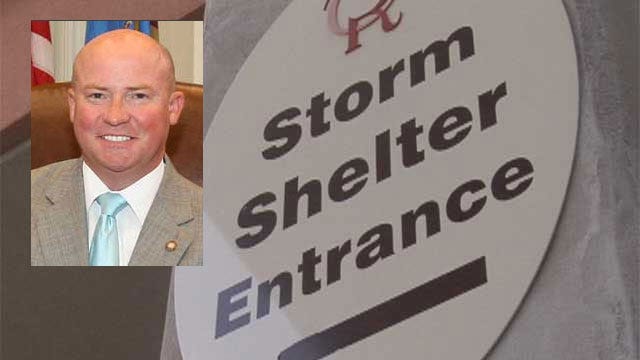 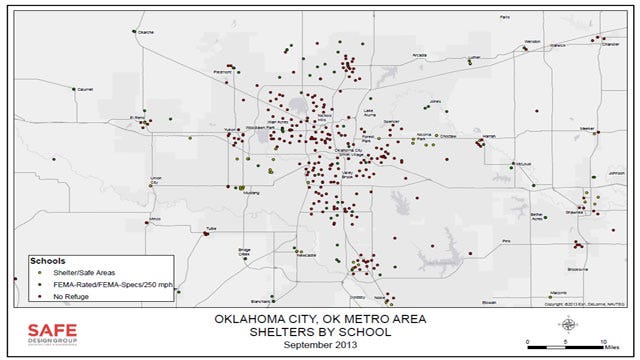 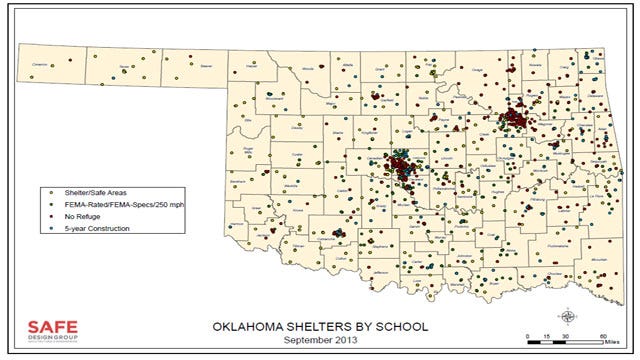 State Rep. Joe Dorman has released the findings from a statewide survey on school storm shelters, and the report paints a dangerous picture for hundreds of thousands students, teachers and staff.

Dorman commissioned the interim legislative study to determine which schools have storm shelters or safe areas, and which do not. The data was collected by Bar None Consulting and analyzed by Safe Design Group.

The statewide survey, released Thursday morning, indicates 506,000 students, teachers, and staff are not protected from severe weather, such as the May 20 EF5 tornado that killed seven students at Plaza Towers Elementary School in Moore.

"It is absolutely unacceptable that Oklahoma lawmakers have failed to address the safety of students and teachers in our public schools," said Dorman. "It is reprehensible to think that every day the state fails to act on placing storm shelters in public schools, we put the lives of more than a half a million children, teachers and school staff in peril."

The survey did find that nearly 39 percent of Oklahoma public schools have some type of shelter area; but more than 61 percent have no refuge or safe area of any kind.

Of the 695 schools that have a shelter area, only 271 schools have a storm shelter that is designed to withstand 250 mph winds.

The report looked into the five-year new construction and remodeling plans that schools are already considering. The survey found if Oklahoma schools did nothing more than incorporate storm shelter construction into their planned construction over the next five years, 33 percent of the schools currently without shelters would join the ranks of those with shelters, increasing the number of schools with a shelter to 1,065, or 59 percent of Oklahoma public schools.

A legislative committee will meet October 31 to discuss the survey's findings.