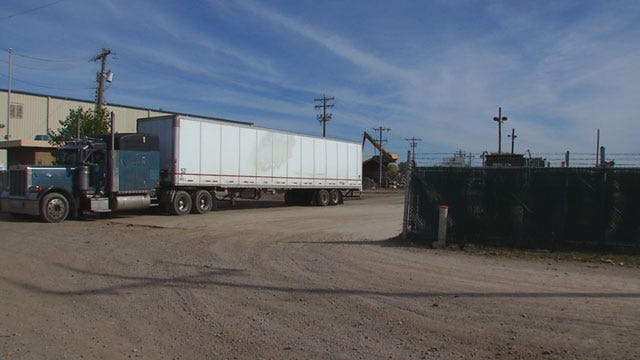 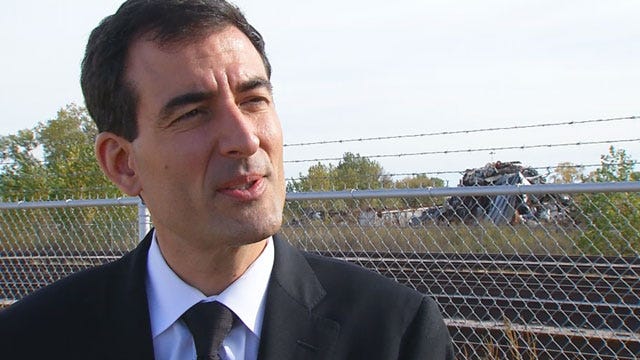 The earth is shaking and nerves are being rattled in a northeast Oklahoma City neighborhood. Residents say it has nothing to do with Mother Nature.

In the southern edge of the JFK neighborhood near NE 4th St. and Eastern Ave., residents say at least two to three explosions are felt a month. One of those residents, Virdell Washington, says she just wants the shaking and cracking to stop.

"It's loud, and it's scary," Washington said. "One night, I was in my bed … the whole [hallway] ceiling came down."

Washington has already invested more than $6,000 to fix structural damage to the home she has lived in for 37 years. People in the area say the earthquake-like shaking is centered less than a mile south at Derichebourg Recycling USA.

On Saturday, Oklahoma City firefighters were called to Derichebourg when a fire started in a portion of the center where machines shred metal. Two days later, an explosion caught the attention of Oklahoma City Councilman Ed Shadid, who just happened to be in the neighborhood. Shadid said the air became a toxic debris of fog. Now, he's sounding the alarm.

"It became difficult to breath," Shadid said. "[Derichebourg is] not taking the fuel tank off the cars, so fuel is exploding under high pressure, and whatever is with it along the conveyer belt, is then being released through the neighborhood."

Derichebourg officials did not return News 9's requests for comment Friday. Shadid says city officials have also had problems getting in touch with the company. Washington says she is still waiting for answers.

"I see nothing has been done yet," said Washington. "I don't know what to tell [Derichebourg], except they are tearing up our houses over here. I had to have my house jacked up because it was just falling apart."

The City of Oklahoma City says it is monitoring the noise being produced by Derichebourg in an attempt to cite the company. Washington says the JFK neighborhood association has tried to resolve the issue in the past -- That was a few years ago.

The city says it has reached out to federal government agencies to make sure environmental standards are being met at the facility.