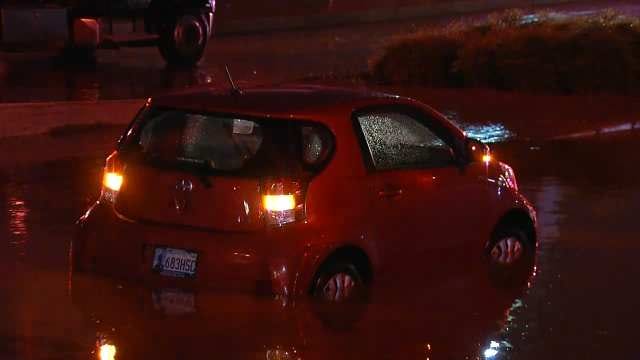 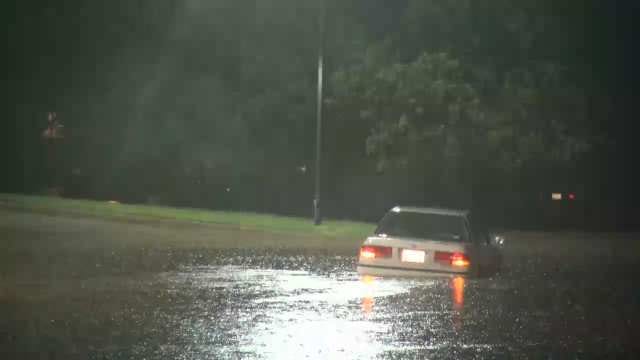 Vehicles were stranded near the state capital and on other major roadways. Flooding got so bad that in some areas streets had to be closed down.

Tow trucks and other emergency vehicles have had to pull abandoned vehicles out of the high water. In addition, officials tell News9.com several people have had to be rescued from their vehicles after being trapped in flood waters.

No injuries are reported at this time.

Karen Carney with Will Rogers World Airport said they experienced a leak in the baggage area during the main down pour of Monday's storm, as well as flash flooding on Terminal Drive. She said no damage was caused by the leak, and the water has now receded on Terminal Drive.

Carney also mentioned that no flights were impacted by the storm.

News9.com radar shows the heavier showers and thunderstorms have moved into eastern Oklahoma, but rain is still falling across the metro.

The Flash Flood Warning for Oklahoma and Cleveland counties has now been lifted.

As of 7:50 a.m., Lincoln and Pottawatomie counties were still under a flood advisory.