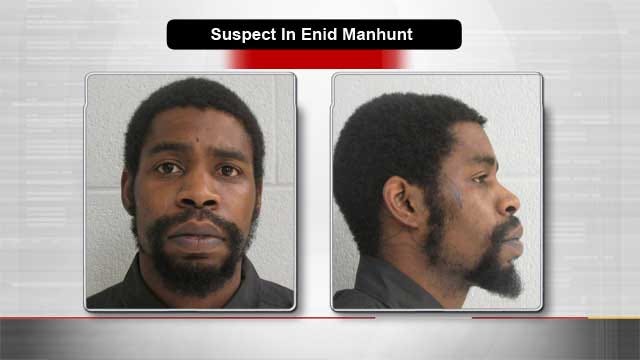 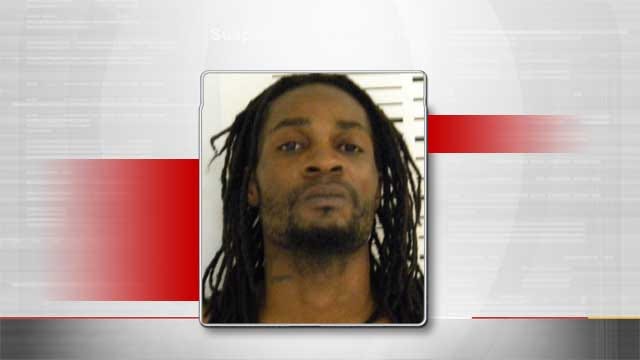 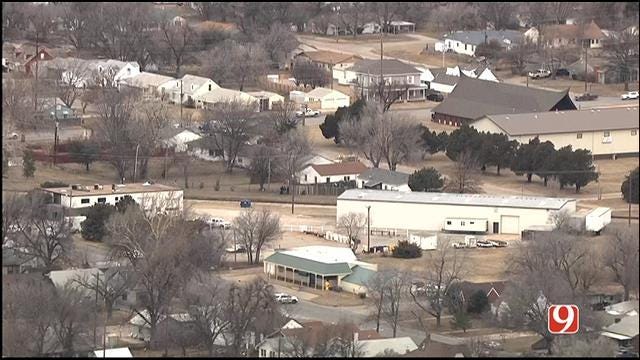 A lockdown has been lifted at Enid Public Schools as authorities continue to search for the suspect wanted on an outstanding felony warrant on Wednesday.

The suspect, 27-year-old Nytino Grimes, fled from the 2300 block of Oklahoma Ave. area to a house in the 2300 block of Cherokee Ave. police said.  Enid News reported that after authorities tried to detain Grimes outside the house near Cleveland St. and Oklahoma Ave., he fled in a vehicle, crashed and left the scene on foot.

According to Enid News, Grimes was wanted on a felony warrant issued by Garfield County District Court. The warrant was for failure to appear on a 2006 drug and firearms case. Bond for the warrant has been set at $2,000.

Grimes stands 5 feet 10 inches tall and weighs 150 pounds. He has tattoos on his arms, face, and neck. Police believe he is now clean shaven, and is possibly wearing blue jeans, a grey sweatshirt and a black beanie.

Police originally believed there may be explosives in the house on Cherokee Ave.. Oklahoma Highway Patrol's bomb squad also responded on the scene. After surrounding the home for several hours, police learned that no one was inside the home. No explosives were found.

Police have been searching for Grimes since about 8:30 a.m.. A manhunt is ongoing in the area.

Police are also looking for another suspect in connection to the activities at Cleveland St. and Cherokee Ave. Charles Chambray stands 5 feet 9 inches tall and weighs 154 pounds. He has numerous tattoos and may possibly have an injured arm.

Police told Enid News that both men are persons of interest in a recent spate of robberies in the city.

As a precaution, Enid Public Schools and Emmanuel Baptist were notified of the incident, and schools in the immediate area were placed on lock down, according to police. The lockdown was lifted just after 12 p.m.