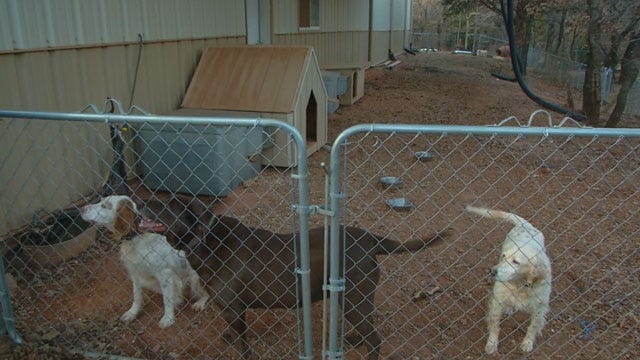 An angry confrontation between neighbors about barking dogs resulted in one of those men staring down the barrel of a loaded gun. Police said it happened last Thursday night in Edmond.

Bryan Rops said one of his neighbors, Scott Pardee, showed up on his doorstep shouting obscenities at Rops. Pardee said he'd heard enough of Rops' barking dogs. They'd kept him from sleeping for two nights in a row.

Police said the argument between the men ended after police said Pardee pulled a loaded .40 caliber pistol and pointed it at Rops' face.

Rops recounted it Monday afternoon. “I just sat there and stared at him in the eye and said 'You're going too far. You're crazy. You need to calm down and get out of here.'”

Police also said animal welfare has been called to Rops' house four times since 2012 because of his barking dogs. Rops disputed that.