Family Who Inspired "Katie's Bill" Reacts To Its Approval 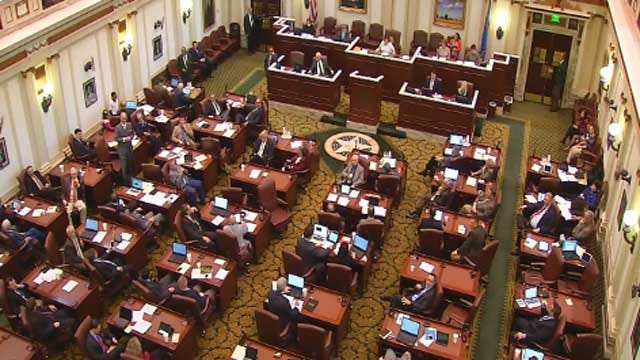 The legalization of cannabis oil in Oklahoma is now one step closer to becoming reality. The bill known as "Katie's Bill" passed its first major test Wednesday.

News 9's Justin Dougherty was live at the Capitol covering the hearing.

And with already a great deal of support, the bill is now backed by almost the entire House.

"This is our last hope to you know to control it. But he deserves a chance," said Shelly Boren, whose son suffers from seizures.

With everything on the line, Shelly Boren and her son Robert were one of several families providing their support for Representative Jon Echols while the bill was read on the House Floor.

The bill will allow doctors to test the oil on patients who suffer from medical issues such as severe seizures like Robert and Echols niece Katie.

"I've seen them. I've been around them. They happened in my home," said Representative Jon Echols.

Katie's bill is backed by the Governor, Oklahoma Bureau of Narcotics and State Medical Association.

Its support is due in large part to the bill only allowing low, non-intoxicating levels of THC, the chemical that makes you feel high.

The Boren's and others sat on the edge of their seats throughout the hearing. And when final vote was announced, emotions could not be contained.

Representative Echols, the Boren's and Katie's family carried those emotions to the hall to celebrate what they call a lifesaving vote.

"It was intense, you know for us it was so emotional we're just excited," said Jason Dodson, Katie's father.

"It's very emotional for me. It's overwhelming," said Rep. Echols.

"You have no idea what this does to him this is just, it's lifesaving it's a blessing," said the Boren's.

Katie's bill will now be heard in the Senate in four weeks.

Others involved with the issue said while this is a major step, it's not enough. They would like to see full legalization for medical marijuana.

Family Who Inspired "Katie's Bill" Reacts To Its Approval